Now that it’s Spring in Baltimore and cicadas are starting to emerge from their seventeen-year sleep, I thought this week would be a good time to dive into the collection’s holdings on insects. 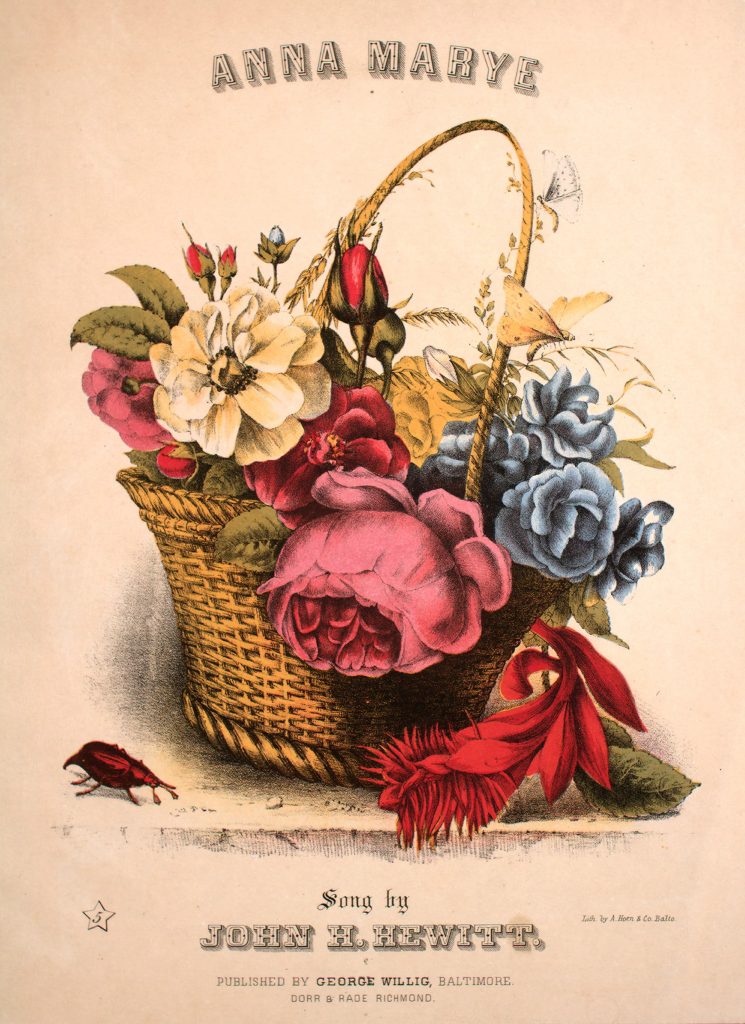 Not surprisingly, insects have made their way onto quite a few lithograph covers. This ornate flower basket printed in 1860 has at least three bugs I could find—two butterflies (or maybe moths?) and a red beetle. Published in Baltimore, the lithograph was done by Hoen & Co. in a still-used building. The song has no lyrics, so it seems the cover was designed to attract the attention of passers by in a shop window.

The June Bugs Dance (1889) also features bugs on the cover—playing the trombone backwards, dancing, and tussling on the floor. This one was clearly mass marketed—the title is in English, French and German, and it’s arranged for up to four pianists, mandolin, and guitar. This version also has a sticker from the lending library it belonged to, the first such sticker I’ve encountered in the collection. 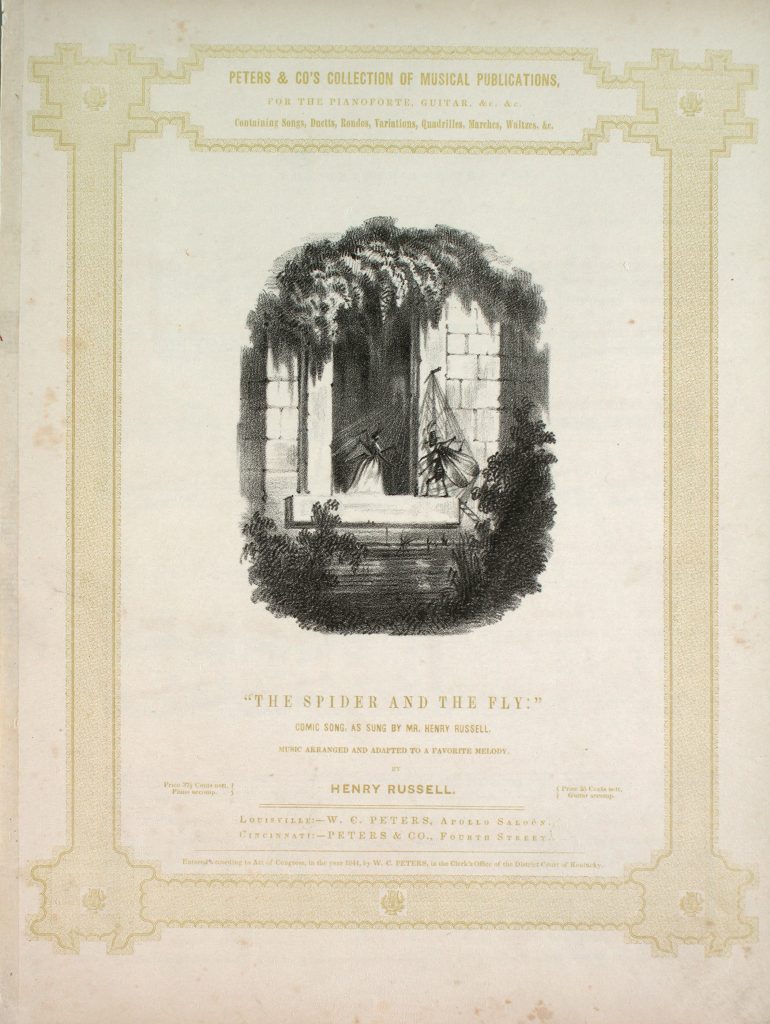 Of course, bugs also found their way into popular comic songs. The Spider and the Fly is one of the earliest lithograph covers in the collection, published in 1844. The lyrics tell the story of a friendly spider inviting Mister Fly into his home. In between each verse, the piano accompaniment plays a short chromatic line, possibly meant to imitate the scurrying spider. Eventually, the fly gets caught in the spider’s web– the final verse is labeled, “Moral” and instructs “all young men take warning, by this foolish little Fly. Pleasure is the spiders web to catch you, it will try. And altho’ you may think that advice is quite a bore, you’re lost if you stand parlying outside of pleasures door.”

The Grasshopper goes far beyond a love song or comic song, calling itself a cantata– cantatas are usually associated with longer religious works such as those by Bach or Telemann. This thirteen-page song is full of illustrations, published by Otto Sutro & Co. in Baltimore, 1878.

Page three is titled “The Grasshopper: an ancient tragic theme with modern perversions” and recounts the eating of a grasshopper off a vine by a turkey. The extensive song has a more complicated message than bugs—a grasshopper priest mourns its loss while a “colony of black bugs” that lived under the vine celebrate it in an African American dialect common in minstrelsy. The lyrics here appear handwritten rather than engraved, and are therefore difficult to read in places.

Unfortunately, there are no songs in the collection about cicadas (I was half hoping I might find a flurry of cicada songs every 17 years). This is probably because cicadas are one of the loudest insects in the world, as loud as a motorcycle—happy Spring!