This 48-hour extravaganza will begin on Friday, April 4, at 5pm, and will not stop until Sunday, April 6, at 5pm. The admission fee is “Pay Whatever You Want to Pay.”

The highlights include panels by +2comedy and Nella from Chez Apocalypse, tournaments of various flavors, and games all throughout the con. Here’s the schedule of events.

Want to get ready for the big event? Check out the library’s related resources.

GRAPHIC NOVELS: Put the phrase “graphic novels” in the subject field. There are 160+ hits, but limit it to the years 2000-2014, as shown. The tricky part is finding the graphic novels themselves instead of books about them, but scroll through the list and check out what we have. 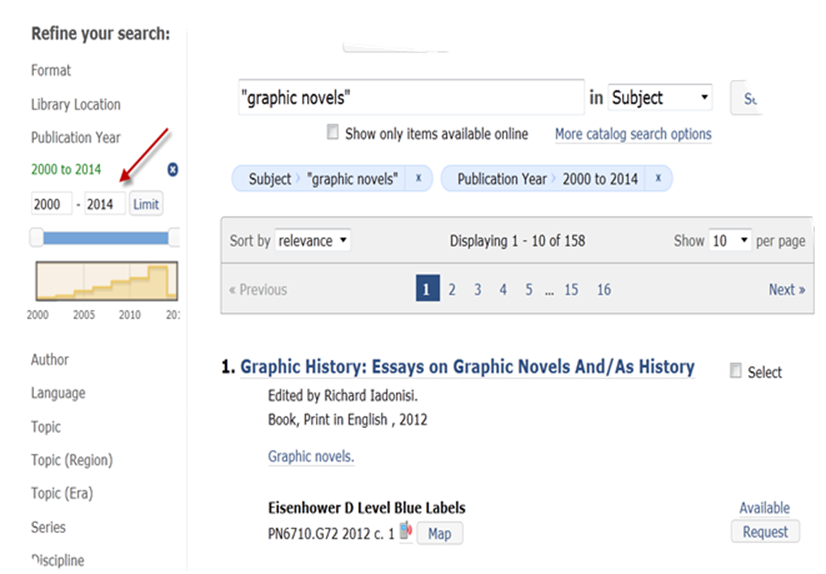 SCIENCE FICTION: Not nearly as big a problem, because we do have some. Do the same kind of search – the phrase “science fiction” as a subject – you get more than 1,300, even if you change the years to 1940-2014. We also have plenty of SciFi films – 338, as a matter of fact – but click language on the left: only 299 of them are in English! Have some fun watching SciFi films in French, Japanese, or 11 other languages (Esperanto, anyone?)

Our JohnCon is only one of several fantasy/science fiction/anime/comics-related conferences and events near Baltimore. Here are a few others: