Growing up and Grown Up: Memoir Graphic Novels 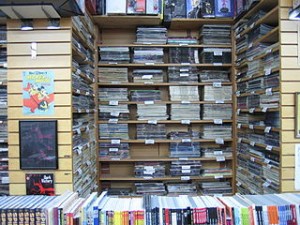 Graphic novels can be great for relaxed summer reading and for intriguing stories (see our posts “Get Graphic!” and “Summer Reading: On the Go!”). But, graphic novels are not afraid to take on difficult subjects. There are many deeply personal autobiographic graphic novels out there.

For example, Craig Thompson’s masterpiece Blankets explores his coming-of-age in an Evangelical community, his first love, and his artistic beginnings. Alison Bechdel’s Fun Home: A Family Tragicomic details Bechdel’s complicated relationship with her father and how that relationship shapes her childhood and growth into an adult. Other works delve into the struggle to survive cancer like Harvey Pekar, Joyce Brabner, and Frank Stack’s Our Cancer Year which follows Pekar from his initial diagnosis through his treatment and Cancer Vixen by Marisa Acocella Marchetto which takes Acocella Marchetto through her diagnosis, engagement, marriage, and treatment.

Aside from these works, there are many socially conscious graphic novels which look at tragedies and events from around the world from an, at least somewhat, autobiographic viewpoint. Barefoot Gen by Keiji Nakazawa is a fictionalized manga series partially based on the artist’s family who lived in Hiroshima when the atomic bomb desolated the city. Maus: A Survivor’s Tale by Art Spiegelman follows the artist’s Polish Jewish father through the Holocaust and his time at Auschwitz. In Persepolis, Marjane Satrapi tells her story, that of a young woman growing up during the Islamic Revolution in Iran. (MSEL also has the animated film!)

So, the next time you’re ready for something new to read, check out one of these books from MSEL or take advantage of our Interlibrary Services to obtain the ones we don’t own. Still can’t get enough graphic novels or comics? Go to Small Press Expo (SPX) in Bethesda, Maryland in September. You’ll be able to meet graphic novelists and web comics in person!