The great German philosopher, Arthur Schopenhauer, was born this day in 1788 in Danzig (now Gdansk, Poland), the son of a wealthy merchant, Heinrich Floris Schopenhauer. Young Arthur was unhappily destined to follow his father into a career in commerce, when in fact he wanted nothing more than to study at the university and become a scholar. Upon the untimely death of his father, thought by some to have been a suicide, Schopenhauer, his mother Johanna, and his sister Adele, were left with funds sufficient, if managed prudently, to support them. And Schopenhauer was thus free to pursue his dream of study, which he did, variously studying medicine and philosophy at Göttingen, then Berlin, and ultimately earning his doctoral degree in philosophy in 1813 from the University of Jena.

While still in his twenties, Schopenhauer wrote the first edition of his masterwork, Die Welt als Wille und Vorstellung, frequently translated as The World as Will and Representation. Schopenhauer took as his starting point our experience of our own selves and bodies. I experience my body in two different ways, what might be called an objective perspective and a subjective experience. I can look at my arm, for example, and view it as an object inhabiting a world along with other objects. But I also experience that arm right there as being my arm. (We know this experience occurs not only because it’s immediately obvious, but because there are cases where humans have lost this sense of bodily ownership, what the neurologists call “proprioception.” See the strange and terrifying case study of this in Oliver Sacks’ The Man Who Mistook His Wife For a Hat.) So I experience the world in two different ways, an outer, objective way, and an inner, subjective way. My objective experience is governed by the laws of physics, chemistry, biology, mathematics, logic, etc., boiled down to what Schopenhauer and others before him called “the principle of sufficient reason.” The subjective experience, however, is more elusive, it is not governed by this rational principle and is oftentimes downright irrational or more accurately, arational. My motivations, desires, strivings for survival, and swirling inner experiences Schopenhauer calls “Will,” a notion that seems anachronistic, but in terminology only when considered in light of some of the tenets of contemporary cognitive science and contemporary sociobiology and evolutionary psychology.  (The philosopher and Schopenhauer scholar, Julian Young, went so far as to state that Schopenhauer “deserves to be regarded as the father, or at least the grandfather, of both disciplines.”)

Schopenhauer’s work was not recognized for some time, and his professorial career was a wreck. He once purposely scheduled his own lectures to coincide with those of his rival, Georg Wilhelm Friedrich Hegel. Students flocked to Hegel’s lectures, and Schopenhauer’s star sunk.

His private life was no better, filled with conflict and strife, fueled no doubt by Schopenhauer’s curmudgeonly personality and misogynist manner. His relationship with his mother Johanna, who had become a sparkling socialite and famous popular novelist, was fraught. And he once, in a violent fit, threw a woman to the floor for talking too loudly outside the door of his apartment. He was ordered to pay her a monthly sum for the rest of her life. Upon learning years later of her death, he wrote on the death notice, “obit anus abit onus” — “the old woman has died; the burden has lifted.”

Despite his difficult personality, the ethical side of his philosophy, a side derived from his metaphysics of the world as Will, can be called an ethics of compassion. If I am experiencing my own inner striving, sufferings, and turmoil, then upon pain of solipsism, I must assume that you are too. We’re all experiencing this! One of Schopenhauer’s favorite adages was from the Hindu Sanskrit: “tat tvam asi” — “this thou art.” Differentiation follows from the principle of sufficient reason, our Will is not governed by that principle, so our Will is not differentiated. If our Will is not differentiated, then we are one. If we are one, then compassion for our fellows, a recognition of our oneness, becomes the highest ethical value.

In later years, Schopenhauer began to be recognized and appreciated, which he enjoyed immensely. His more technical philosophical work was supplemented by essayistic examinations of the human condition. These were eventually collected in his Parerga und Paralipomena, a work that is frequently mined for gems and republished in various collections of Schopenhauer’s essays and aphorisms, most of them accessible, readable, enjoyable, and wise.

Until the past few decades, Schopenhauer’s influence was not really appreciated in the Anglo-American scholarly world. His influence on such figures as Friedrich Nietzsche, Sigmund Freud, and the early Ludwig Wittgenstein was known, but not appreciated. Recent years, however, have witnessed an increased interest in Schopenhauer. In 2007, a new English translation of the first volume of The World as Will and Representation appeared, translated by University of Tennessee philosopher, Richard Aquila; volume two appeared in 2010.  Likewise, another translation, by Judith Norman, Alistair Welchman, Christopher Janaway, appeared in 2010. Last year, University of Wisconsin-Whitewater philosopher and renowned Schopenhauer scholar, David E. Cartwright, published Schopenhauer: A Biography, “the first comprehensive biography of Schopenhauer written in English” and a solid example of a superlative intellectual biography. 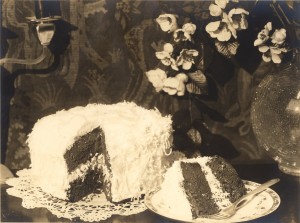 On a more mundane note, as I ponder Schopenhauer’s philosophy and meditate on the nature of Oneness, I can’t help but think that my darling step-daughter really should not get upset with me when she returns home from work only to discover that I’ve eaten the leftover dessert she brought home from The Cheesecake Factory. I mean, if our Wills are undifferentiated, then we are One, and if we are One, then me eating that cake is really just like her eating that cake. “Was it good?” she might ask, miffed. “You tell me!” I’d no doubt reply.

I think you see my reasoning.

I know Schopenhauer would.