William Shakespeare, poet and playwright, was baptized on April 26th, 1564, in Stratford-Upon-Avon. Since his actual date of birth is not known, his birthday is traditionally celebrated on April 23rd, which is ironically the date that he died in 1616. Shakespeare unquestionably shaped the English language with his poetry and his dramatic works, which encompass histories, comedies, and tragedies. He was successful during his lifetime, but his fame rose even more during the 19th century, and he is still very present in our contemporary world, his works being actively studied, adapted, and performed to this day. British schools are even planning to introduce five-year old children to the study of Shakespeare. 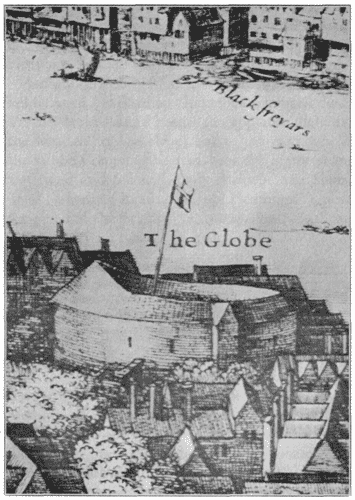 The Sheridan Libraries hold many resources on Shakespeare. For example, the Garrett Library, situated in the wonderful Evergreen House and Museum, contains all four Shakespeare folios and three quartos, one of which is an annotated playhouse copy of Hamlet that belonged to the actor John Ward. Our library also provides access to the Complete Cambridge Companions database, with a nice array of resources on Shakespeare.

Home to the Royal Shakespeare Company, Stratford-Upon-Avon draws visitors every year for events and exhibitions related to the Bard. His plays were performed in London in the Globe Theater, a reconstruction of which is still present near its original location. If you cannot afford to cross the Atlantic in time but would like to celebrate Shakespeare’s birthday appropriately, the not-to-miss library on all things Shakespeare this side of the Atlantic is the Folger Shakespeare Library in Washington, D.C. Situated on Capitol Hill, it is a research and education center and offers many events and programs, including an annual open house to celebrate his birthday. Here are a few more possibilities, courtesy of the Huffington Post. They include a “Talk like Shakespeare Day” and an annual Shakespeare drama competition for high schools.

However, I think that my own way to celebrate the Bard’s birthday would be to sit with a cup of tea and slice of cake and listen to these wonderful archived resources of Orson Welles’ performances. Enjoy!