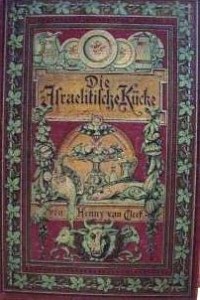 You may not think of cookbooks when you think of the Sheridan Libraries. While we might not have the current bestsellers that you’ll find at the public library, we do have an interesting and eclectic collection of cookbooks from years gone by – yesterday’s bestsellers some of them.

From as early as the 16th century to the 1980’s; in English, French, Latin, Italian, and more; printed and handwritten books – our collection of cookbooks is a fascinating trove for a lazy summer afternoon’s exploration. We have many American cookbooks from the 19th century at the George Peabody Library, including a handwritten one from a Baltimore woman (just discovered!). And the really interesting thing about these beauties is – they almost always include MORE than food:

Want to research the science of cooking? Try some of the databases available from the library, like:

Too technical? Try some of the humanities databases to investigate the history of cooking, and the relationship of food to literature or art or even philosophy! These general databases will get you started:

Personally, during the summer months, I love to peruse the New York Times online for recipes for cool summer salads, or desserts using the season’s bounty of fresh fruit. Newspapers generally do not offer site licenses for unlimited browsing to institutions, but there are still some options for accessing this content.