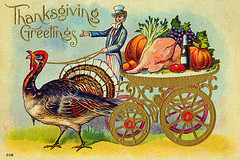 As we are getting closer to Thanksgiving, I would like to take this opportunity to highlight some of our libraries’ collections, including books, newspapers, and rare primary source materials pertinent to the history of this holiday. In general, the historical origin of the first Thanksgiving festival is traced to the December 1621 harvest feast celebrated by the pilgrims of the Plymouth colony and the Native Americans. William Bradford, the Governor of Plymouth, invited Native Americans to join the pilgrims in celebrating the corn harvest of 1621, and the feast lasted for three days. Soon, the custom was adopted by other colonies in New England. Yet, the festival was only celebrated in the New England region.

On October 3, 1789, President George Washington issued the first Thanksgiving Proclamation, declaring it “a day of public thanksgiving.” In the Proclamation, he stated that “Thursday the 26th day of November next to be devoted by the People of these States” for celebrating Thanksgiving. Following the proclamation, the country celebrated the national festival under the new constitution. Unfortunately, the celebration of the festival receded, but it was revived later by President Abraham Lincoln, encouraged by Sarah Josepha Hale, editor of Godey’s Lady’s Book, who strongly supported the idea of national Thanksgiving. President Lincoln issued a proclamation on October 3, 1863, which announced that Thanksgiving will be celebrated on the fourth Thursday of November every year. Our library has a copy of the President’s Hymn composed in response to the President Lincoln’s Thanksgiving Proclamation of 1863! 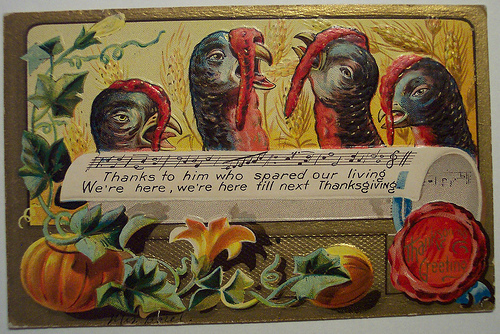 You can also read the historical newspapers published in different states and get to know how the holiday was in celebrated several states in 1863. A  quick search using the keywords, “Thanksgiving Day” and “celebration” in the America’s Historical Newspapers 1690-1922 will bring up several newspaper articles that discuss the celebration of the festival in many states. A news article published on page 4 of the Philadelphia Inquirer on November 27, 1863 describes that November 26 was:

“the most appropriate day for the celebration of Thanksgiving in more sense than one. In the first place, nothing could exceed the loveliness of the weather. The sky was cloudless, the air pure and fresh and bracing and the sun poured a flood of golden beams without intermission on the crowded thoroughfares of the city. Again, the day was appropriate because with it came the confirmatory news of the signal success of the Union arms under the redoubtable General Grant . . .The principal stores were all closed; an endless stream of gay, happy and well-dressed people crowded the thoroughfares . . . and the whole city wore a decided holiday appearance.”

As you are checking out some of the cool library resources, perhaps you should take a look at a few of the delicious historical recipes too. Michigan State University’s Feeding America: The Historic American Cookbook Project has wonderful recipes for Pumpkin Pie, Roasted Turkey, and Cranberry Sauce. Now, are you in an adventurous mood to try some of the recipes in the historical cookbooks available at the Peabody Library? Or, if you feel like you want to get a hold of some recipes right away, you can search the Gerritsen Collection of Women’s History Online, 1543-1945. While you are getting ready to cook, take a step back into history with this short clip from the History Channel to learn more about the history of this holiday. Or, you can view a nice set of vintage postcards from Flickr members. Happy Thanksgiving! 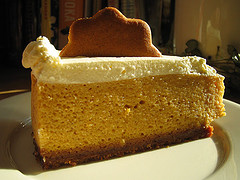