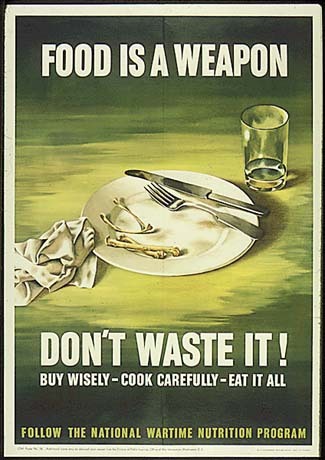 I have a nasty little secret that I seldom admit in public. I read cookbooks.

When I say, “I read cookbooks,” I don’t mean I thumb through the pages while I’m waiting for a sauce to come to a simmer or for dough to rise (I’m a good cook but merely an enthusiastic baker with less than stellar results). I actually read them like as I would a novel or a biography.

And it’s not just cookbooks. I adore the fact that food writing and food TV have exploded in popularity over the past ten years. Blogs like Chocolate and Zucchini have revitalized young Americans’ interest in French cuisine; shows like chef Anthony Bourdain’s “No Reservations” have been a commercial success.

In my humble opinion, the best thing about this food fever is that my favorite mid-century food writer M. F. K. Fisher is being actively reprinted and read. If you haven’t read anything by her, check out “How to Cook a Wolf” in The Art of Eating. Published in the early years of World War II, Fisher offers her readers comforting advice on how to make do during lean times. In the 1940s, men and women elevated rationing to an art form. Fisher’s book is more than a how-to guide, offering advice to those weary women trying to make each potato, each grain of flax, each slice of bacon count; it’s a defiant treatise on the importance of aesthetics, even during times of war. Bon appetit and happy reading!