As we celebrated Labor Day this Monday, this week’s deep dive explores music from the labor movement. 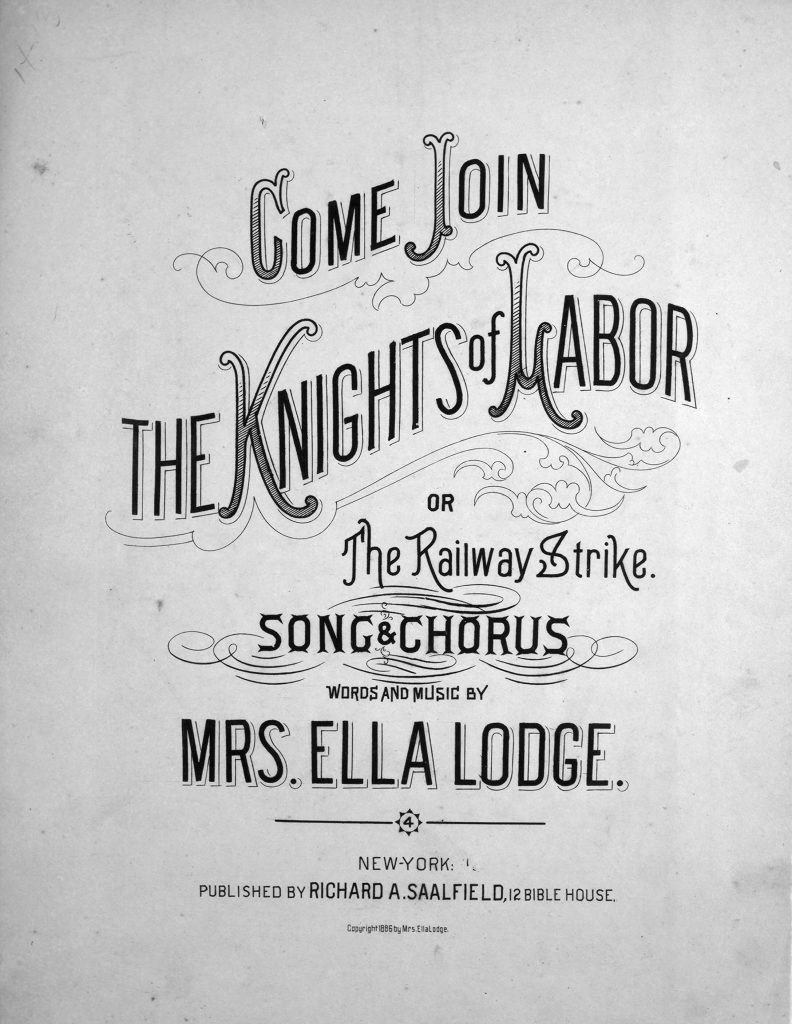 The Knights of Labor was founded in 1869 and lobbied for reforms including an 8-hour workday, and sought to end child labor and convict labor. Whereas other unions restricted their membership to white, male, skilled workers, the Knights of Labor invited unskillled workers, African Americans, immigrants, and women to join. By 1886 they had about 700,000 members, but the organization collapsed after the Haymarket Square Riot, in which a bomb killed eleven people. Despite the fact that there was no evidence linking the Knights of Labor to the bombing, the organization came to be associated with violence.

This song was composed the same year as the Haymarket Square Riot, and appears to be written after the riot as a sort of public relations boost. The song contains many calls to join the organization, with phrases like, “in union there is strength,” and, “brother, friend, and neighbor.” 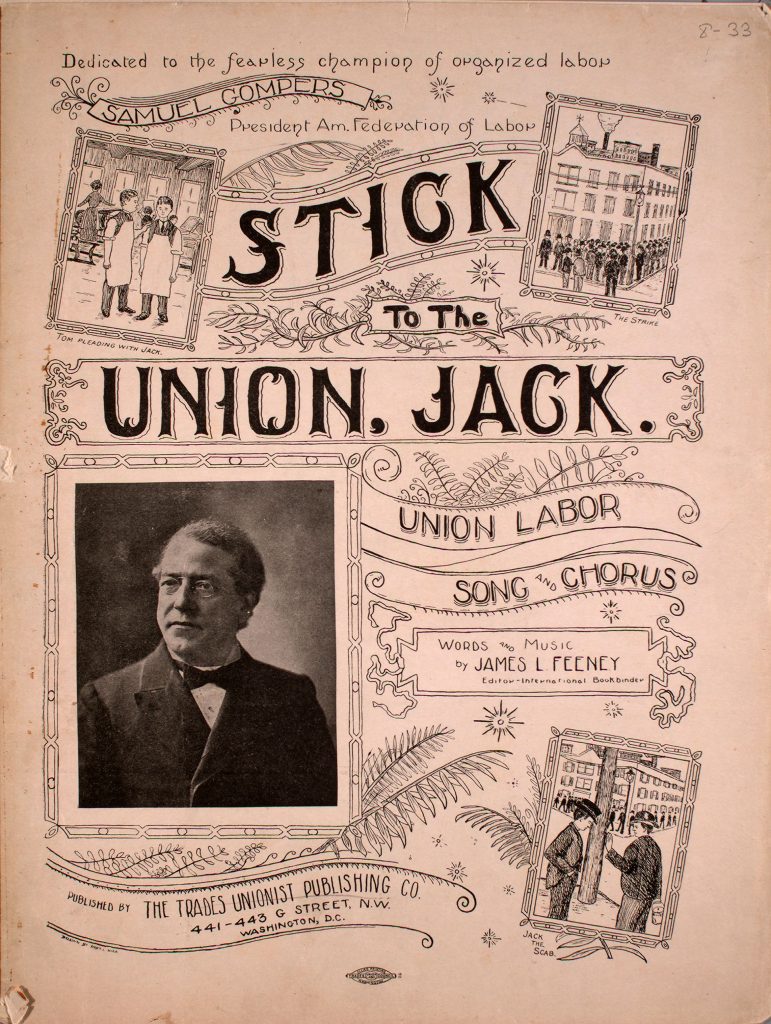 This song is dedicated to the president of the American Federation of Labor (AFL), Samuel Gompers, and was published in 1904 in Washington D.C.

The main character of the song, Jack, is a scab– someone who crosses a picket line to fill in at an organization so it can continue to function. Jack is then shunned by his colleagues– this story is also illustrated on the cover. The song is published by the Trades Unionist Publishing Co., which clearly had a vested interest in successful strikes. 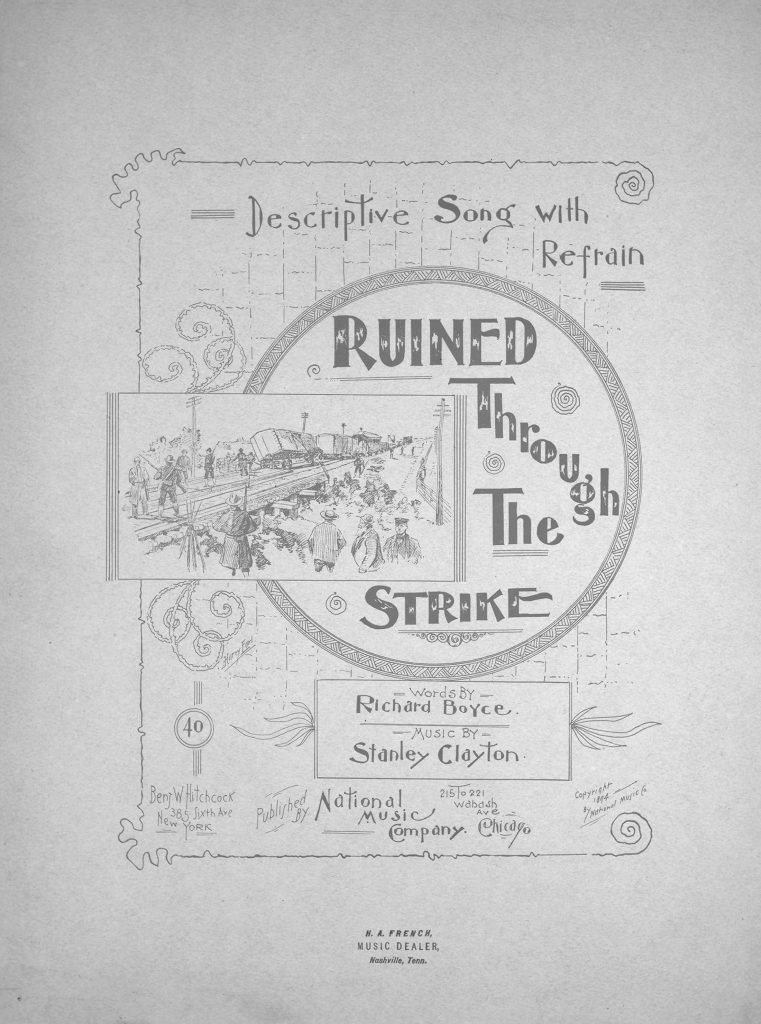 This song, called “Ruined Through The Strike,” was published in Chicago, 1894. The four verses of the song tell a dramatic story:

Verse 1: The narrator describes how happy his family is. The verse ends with a dark twist: “Until one day, a shadow fell, that turned to gall our joy.”

Verse 2: The narrator participates in a protest. Soldiers fire into the crowd, causing the narrator to lose his arm.

Verse 3: The narrator’s son falls ill and dies, followed shortly by his wife.

Verse 4: The narrator now speaks directly to us, “disabled now and sad.” He realizes he can only truly understand the meaning of life when he joins his son and wife “beneath the sod.”

These grim verses are interspersed with the chorus, which describes the narrator experiencing ruin, sorrow, and pain. A stark contrast to “Stick to the Union, Jack,” this song is clearly meant to discourage participation in strikes. The story appears to be a reference to the Pullman Strikes in Chicago in 1894 (the same year the song was composed), in which strikers obstructed trains and were fired upon by the Army called in by Grover Cleveland. Six days after the Pullman strike ended, legislation was passed to officially designate the Labor Day holiday.