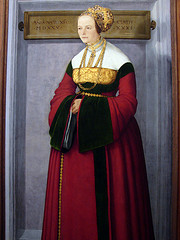 During the month of March we often look at library resources that feature women, since March is Women’s History Month (the actual legislation leading to this designation was co-sponsored by our own Senator, then Representative, Barbara Mikulski). But let’s think past female political figures or famous activists. Let’s think WAY past, and look to what used to be called “the Renaissance” – the early modern period.

Wondering what women read, and wrote during this period? Try some of these online archives:

The Sheridan Libraries have some fabulous books by women; including several by one of the earliest female European poets, Vittoria Colonna, and the lushly illustrated natural history books by Dutch writer Maria Sibylla Merian. We also have Poems by the most deservedly admired Mrs. Katherine Philips, the matchless Orinda, a book of English poetry from 1678 by the best known female poet of her generation. 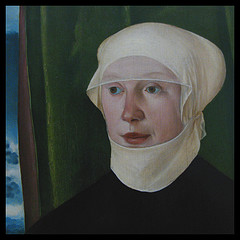 Another vein to explore is books about women; specifically, books written to instruct women on how to behave, how to manage a household, how to be a good wife and mother. Often called “conduct literature“, these instruction manuals were written for women and men, and became, in modern times, etiquette books. One now-famous example was written by JHU professor P.M. Forni – Choosing Civility.

And let’s not forget the great debate of the Renaissance – are women human? Many books were written discussing women’s relative merits, or lack thereof. Were they equal to men? Could they improve themselves? Were their minds fit enough for serious study and education? Here’s one of my favorite (translated) titles: The glory of women: or, A treatise declaring the excellency and preheminence of women above men, which is proved both by scripture, law, reason, and authority, divine, and humane. (written by a man!)

To see many of these unique resources in one place, check out a guide to the resources for early modern women in the Sheridan Libraries.