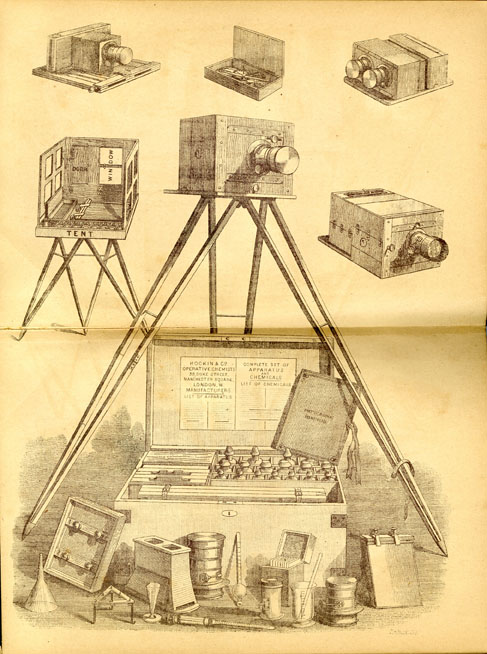 It might be impossible for us to imagine a world without photography. We take pictures instead of notes, and place more faith in them than we do our own memories. Photographs have a role in daily life that is immediate and intimate: our phones accidentally photograph the insides of our pockets; our dreams play like movies; our holidays, which we used to memorialize with a few embarrassing snapshots, have evolved into digital festivals.

Once upon a time, however, there was a world without photography. That world had images, to be sure, and it had image reproduction technologies: wood-cuts, copperplate engravings, lithographs. But photography put a certain kind of startling realism within reach of the masses. At the same time, because they were seen as the “pure” creations of sunlight produced without human artistry, photographs often seemed to their early viewers like the truth-telling visions of an impartial god. From the beginning, photographs looked both natural and supernatural.

Photography, like many technologies, was not exactly “invented”; several experimenters in the 1820s and 1830s tried out different methods of fixing projected images onto various types of surfaces—and they were building on discoveries that went back to the 5th century BC, like the camera obscura. But the daguerreotype, as the first widely publicized photographic technique, has the honor of providing the official start date of 1839. One wonderful thing to know about daguerreotypes: no digitized version is going to provide you with the experience of looking at an actual daguerreotype. Daguerreotypes were positive, single images chemically etched with microscopic precision onto polished copper plates coated with silver. The picture that resulted was highly reflective; it could be barely visible in bright light or when viewed at certain angles. These first photographs, so powerfully realistic to their viewers, were also ethereal and even eerie.

It took many steps, many tools and lots of practice to make a daguerreotype; other photographic processes, like those required to make calotypes, albumen prints, ambrotypes and tin types, were equally daunting. Nevertheless, a brave band of entrepreneurs and hobbyists embraced the challenge. And as you might expect, manuals and guidebooks soon emerged to aid those intrepid image-makers. These early how-to books offer fascinating insights into mid nineteenth-century science, professional identity and of course taste: they contain hints about everything from the procuring of equipment to the preparation of chemicals, from the furnishing of portrait studios to the arrangement of props.

You can explore many of these early manuals in the library’s rare book collections. We have the one of the earliest accounts of the daguerreotype process, published in Paris in 1839, along with a translation published in London in 1839 and a “Notice of the Daguerreotype” from the Maryland Medical and Surgical Journal of April 1840. (By nineteenth-century standards, this was news traveling at lightning speed around the world!) You can also see how the fashions in early photographic processes changed. Reynolds’ Photographer’s Guide, Being a Complete Revelation of All the Mysteries Connected with the Daguerreotype Process (1850) focuses exclusively on daguerreotypes, as its delightful title indicates, while Snelling’s History and Practice of the Art of Photography, or, The Production of Pictures through the Agency of Light (1850) contains “all the instructions necessary for the complete practice of the Daguerrean and photogenic art, both on metallic plates and on paper.” Coale’s Manual of Photography (1858) reviews various methods but is mostly devoted to a particular albumen process; Waldack and Neff’s Photography on Collodion (1858) and Russell’s Tannin Process (c. 1861) leave behind the daguerreotype altogether. These particular volumes are all housed at the George Peabody Library, where you can read them in a nineteenth-century milieu that, appropriately enough, continues to be an enticing subject for modern-day photographers.