Rather than exploring a subject heading in the Lester Levy Sheet Music Collection, this week’s deep dive is a celebration of Sophie Tucker, the self-billed “Last of the Red Hot Mamas.” Tucker was an early vaudeville star at the turn of the century, enjoying a diverse career until her death in 1966. Born in modern day Ukraine, Tucker’s family immigrated to the United States in 1887, where she entertained guests at the family restaurant in Hartford, Connecticut. After performing her way through various restaurants and cafes, she eventually made her theatre debut in 1907 at age 21.

By 1966, she had appeared on stages across the country (and world), starred in TV game shows, played cards with Al Capone, sang with Frank Sinatra, and starred in 11 films (including one with an emerging singer named Judy Garland).

Her most well-known song by the end of her long career was “Some of these Days”:

In live performances, Sophie would often weave stories throughout her musical numbers. She also liked to dance with her omnipresent handerchief, and took advantage of her contralto (low) voice to stand out. This helped her secure a spot in the illustrious Ziegfeld Follies vaudeville revue– however, she was fired after the first night for stealing too much thunder from the star of the show.

Of course, Tucker’s stardom landed her image on numerous sheet music covers, often with elaborate costumes and large featherered hats. Here she can be seen on the cover of “Broadway Blues“: 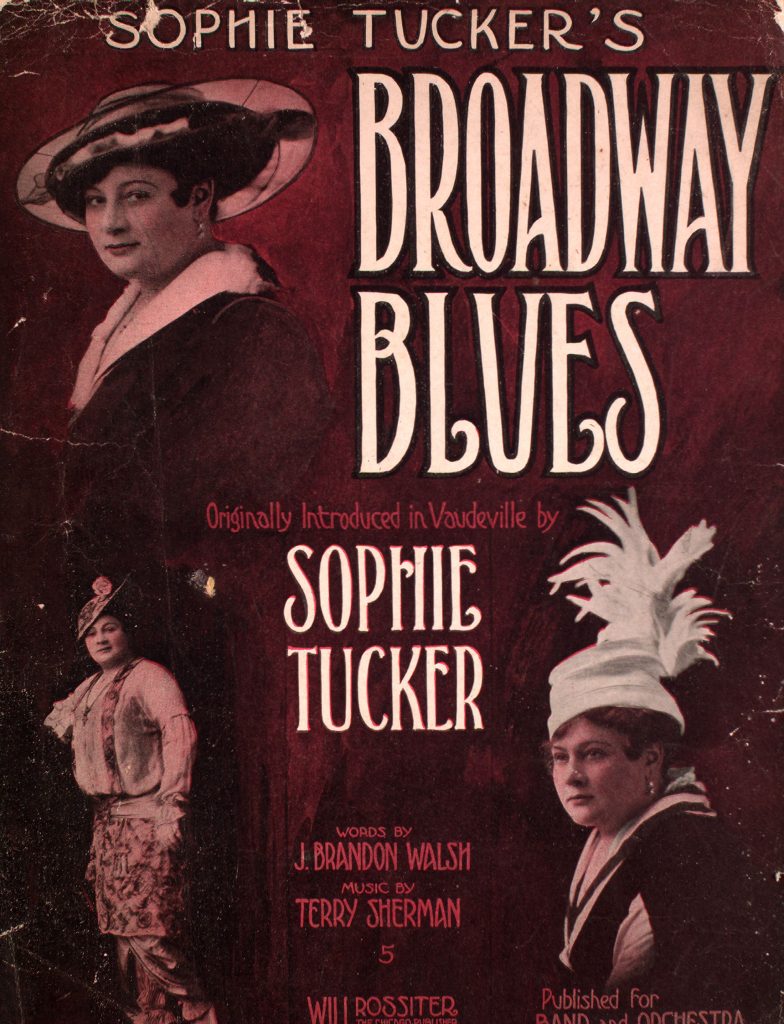 “Some of these Days,” was originally released in 1910 to little acclaim. However, it became so popular that Will Rossiter Publishing Co. decided to re-release it in 1922, clearly holding nothing back in the celebrity endorsement: 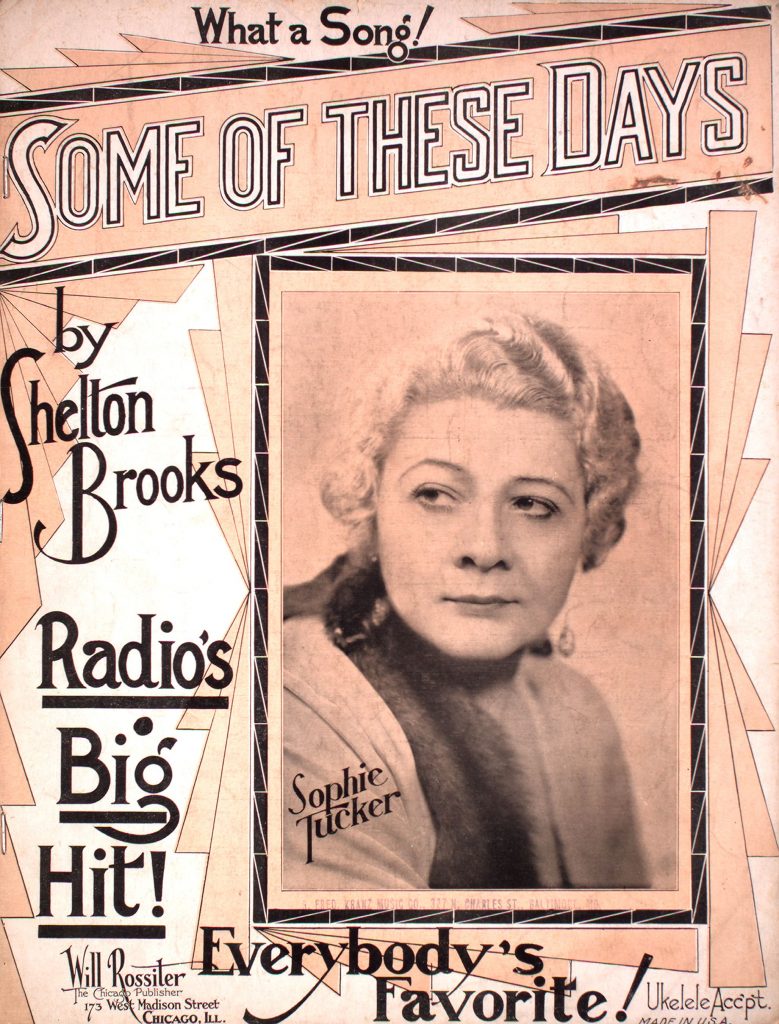