Fireworks have been around since the Han Dynasty in China (200 B.C.E.), when hollow bamboo sticks were thrown into fires to expand and eventually explode. Chemicals were soon added to create colorful effects, and fireworks made their way to Europe via the Silk Road. In addition to dozens of songs celebrating Independence Day in the United States, the Levy Sheet Music Collection also has a few lithograph covers with other references to fireworks. 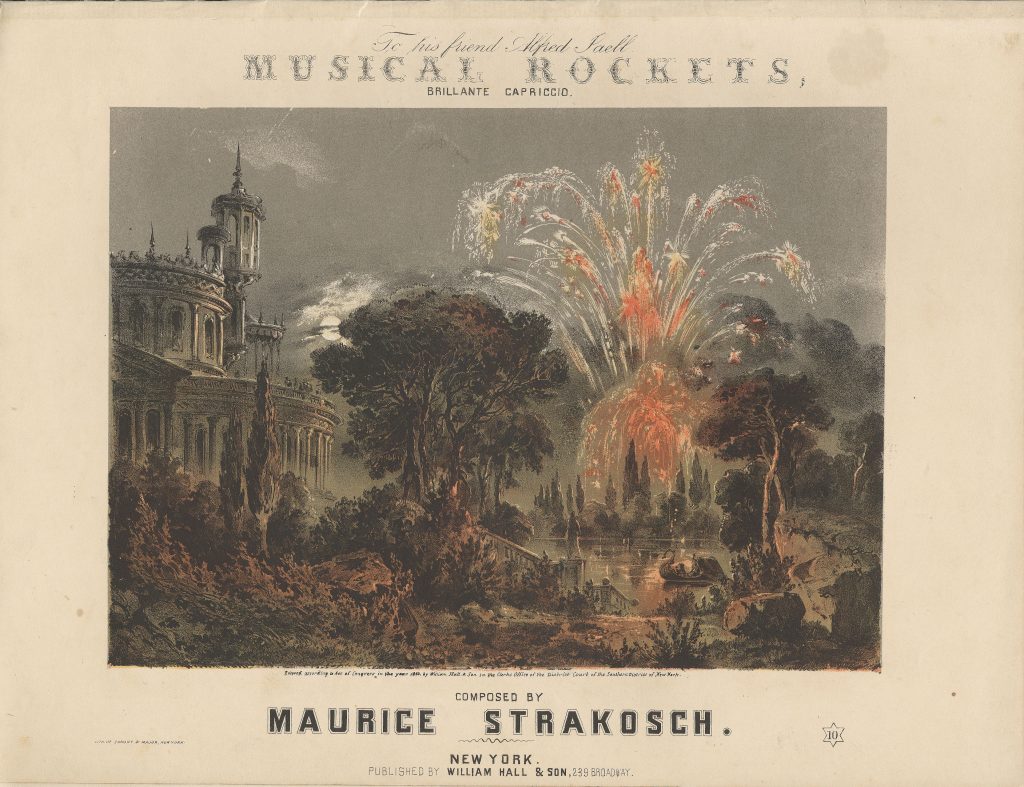 “Musical Rockets” was published in New York, 1853. The cover shows a gigantic firework show over a lavish estate, with onlookers watching from numerous balconies. The cover achieves quite a depth of color despite only using green, orange, white, black, and a bit of yellow. However, the show could almost be mistaken for a volcanic eruption based on the apparent fireball close to the ground. The music is intended to capture the sounds of a firework—the very beginning has a series of very high notes on the piano followed by cascading scales to mimic an the explosion and subsequent falling of a firework:

The rest of the song is not for the faint of heart—most of it would take a very skilled pianist to pull off: 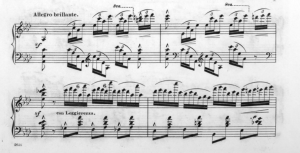 “Hurrah for the Fourth of July” has a lot packed into the cover. There are firecrackers under the words “March” and “Song,” and a whimsical firework scene over New York City. The song was published in Brooklyn in 1905, so the perspective of the cityscape seems to be from that side of the river. 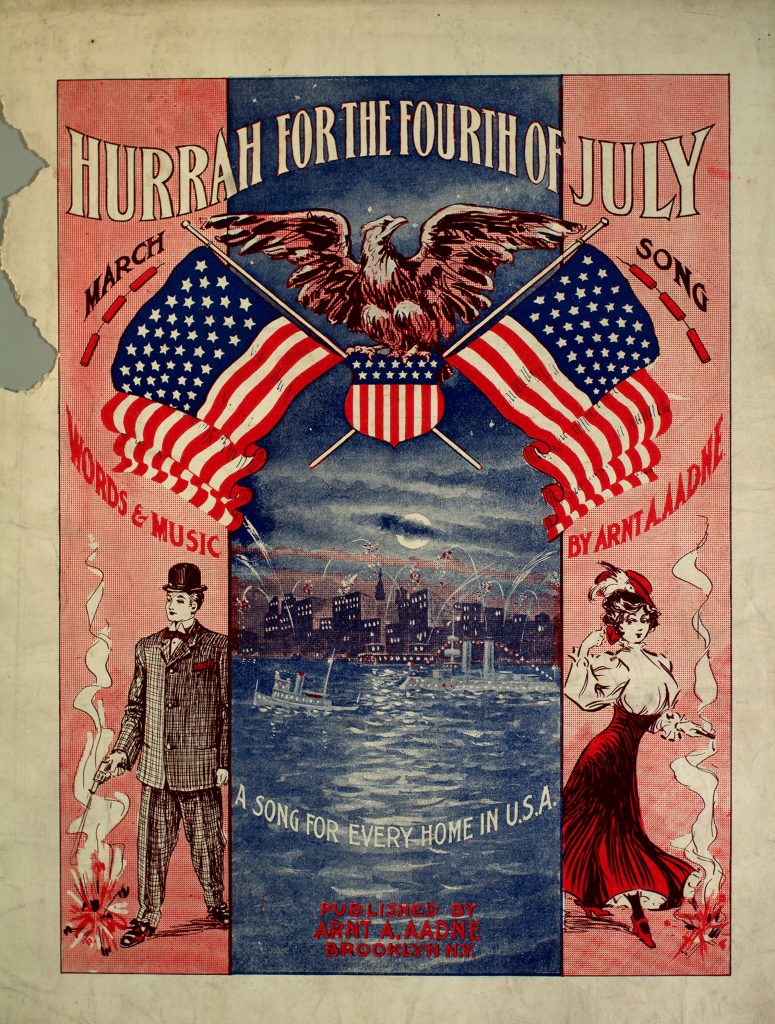 I have many questions about the two figures on the cover—why is the person on the left with the impossibly shaped suit holding a firework gun, shooting directly at his (or possibly her) feet? The woman on the right is at least covering one of her ears, but why is she stepping forward into the firework? It’s not surprising that most emergency rooms see a boom in firework-related injuries on July 4. 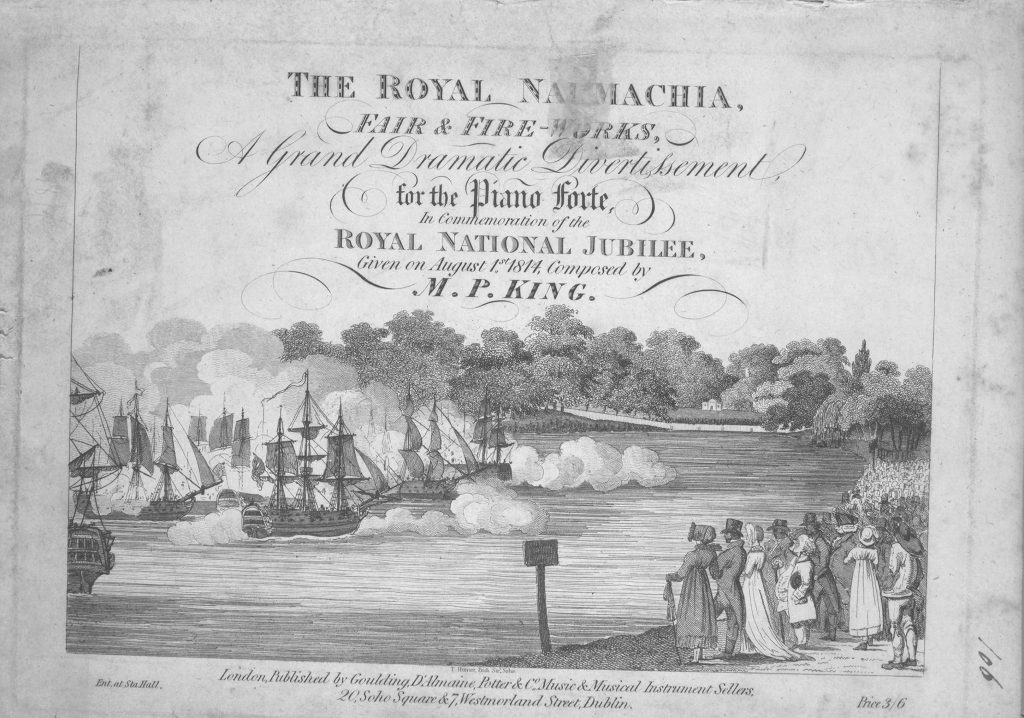 “The Royal Nalmachia” was written after the 1814 Royal National Jubilee in London, a festival celebrating the Treaty of Paris and featuring artillery and fireworks. This cover only appears to show cannon fire, but the rest of the festival had more fireworks spread over three parks– unfortunately, the jubilee ended with a pagoda catching fire and burning down. 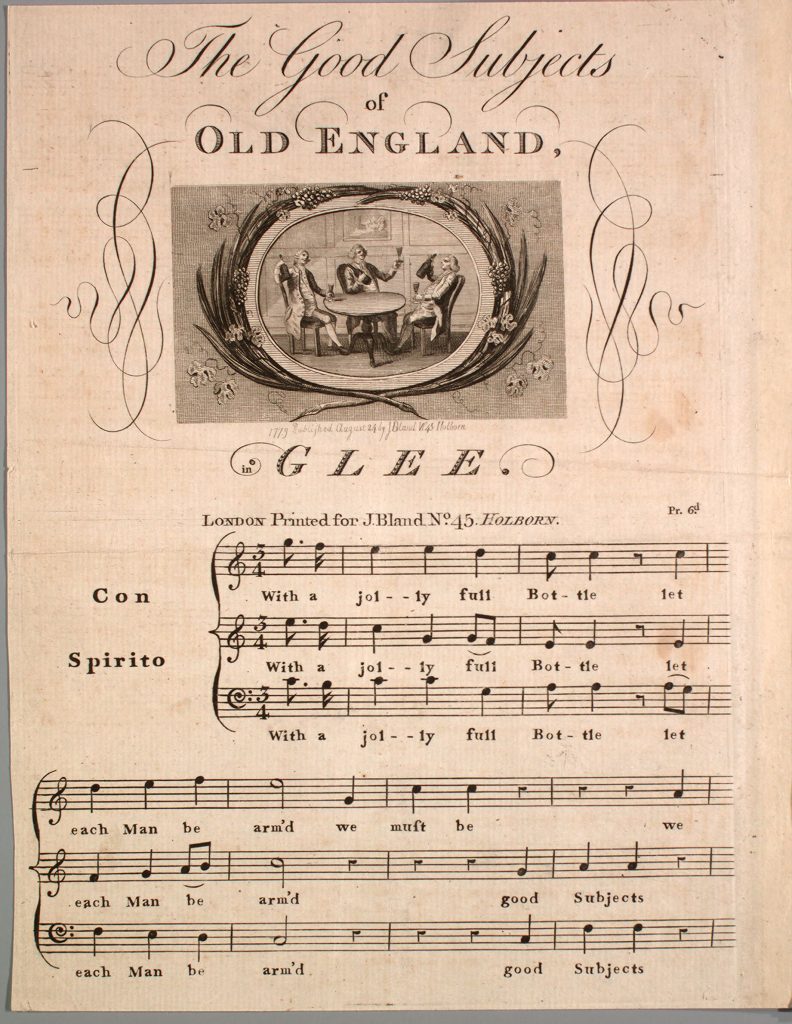