In 1793, Jean-Pierre Blanchard became the first to fly a balloon over the English channel. 8 years later, he took off from a Philadelphia prison yard in the first manned balloon flight in the United States. The rise of ballooning quickly captured the imaginations of composers and lithographers. 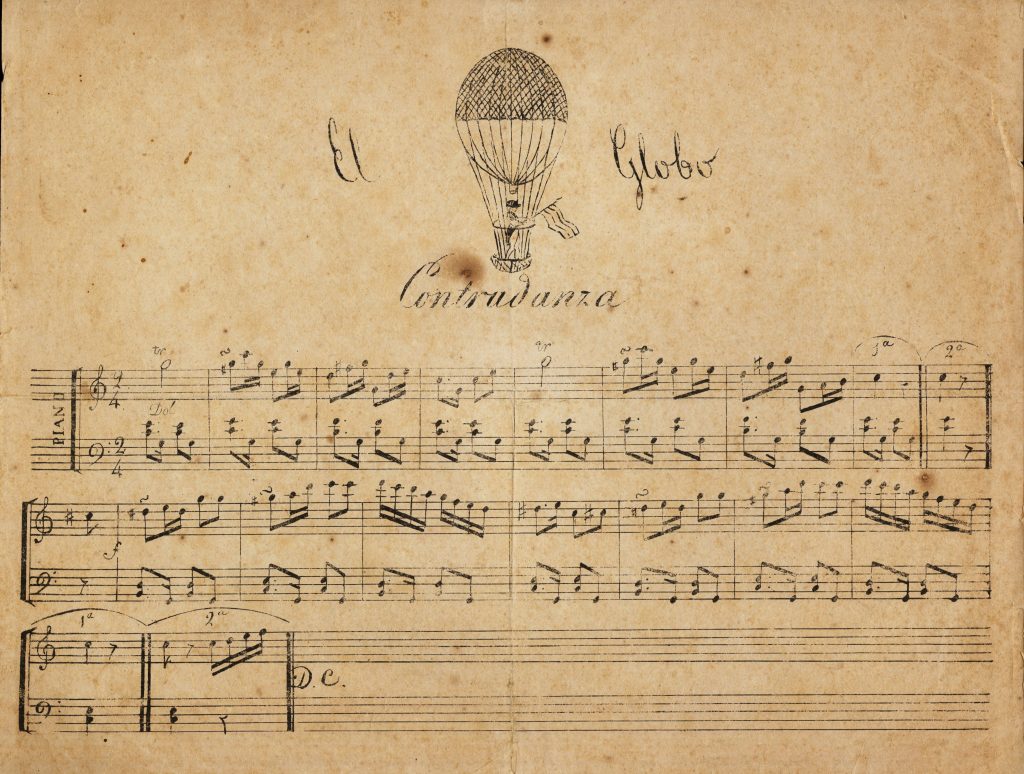 El Globo Contradanza has no publisher or date listed. Most of the sheet music I’ve encountered has a publisher listed by the early 19th century, so this may have been printed in the late 1700’s. The flag held by the figure in the carriage is a bit ambiguous—it slightly resembles the flag of Spain, but it’s missing the coat of arms. The song is also remarkably short, and appears to have been folded in half. 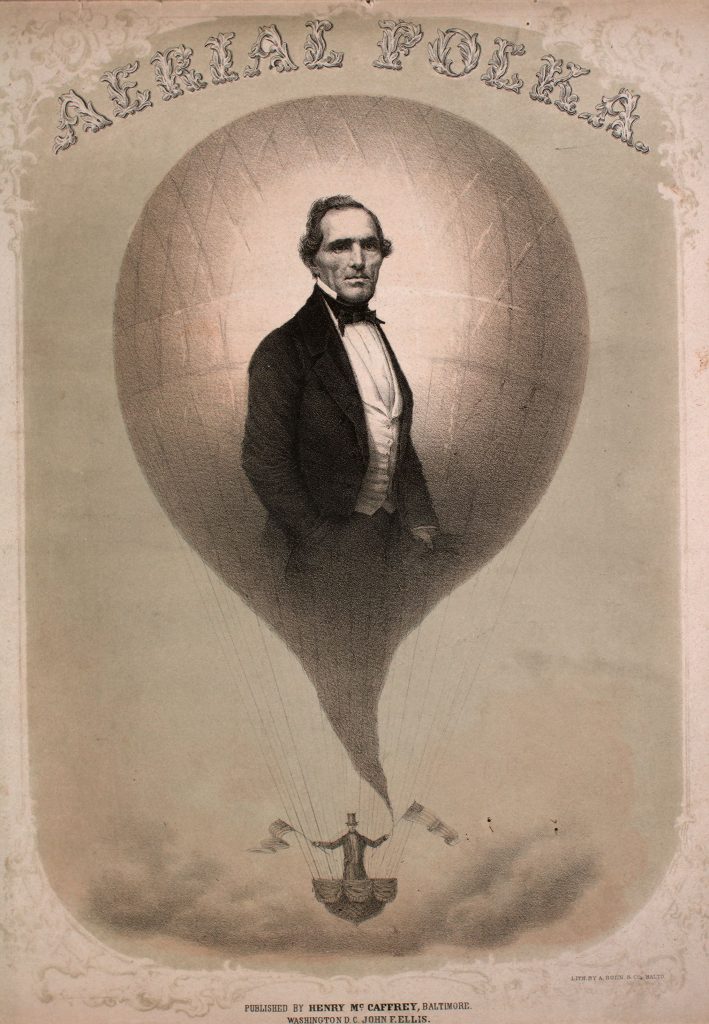 The Aerial Polka was published in in Baltimore, 1854. Like a few other songs featured in this blog, it was printed by Hoen & Co. (the Hoen Lithograph building is still standing in Baltimore East). The flags flown here are clearly from the United States, although the size of the carriage relative to the the passenger makes me anxious. The superimposition of the portrait over the balloon is particularly impressive–  the man is not named, perhaps implying the audience would recognize him. He bears a mild resemblance to President Franklin Pierce, but the portrait may also be a self-promotion on the part of the composer, James Magruder. 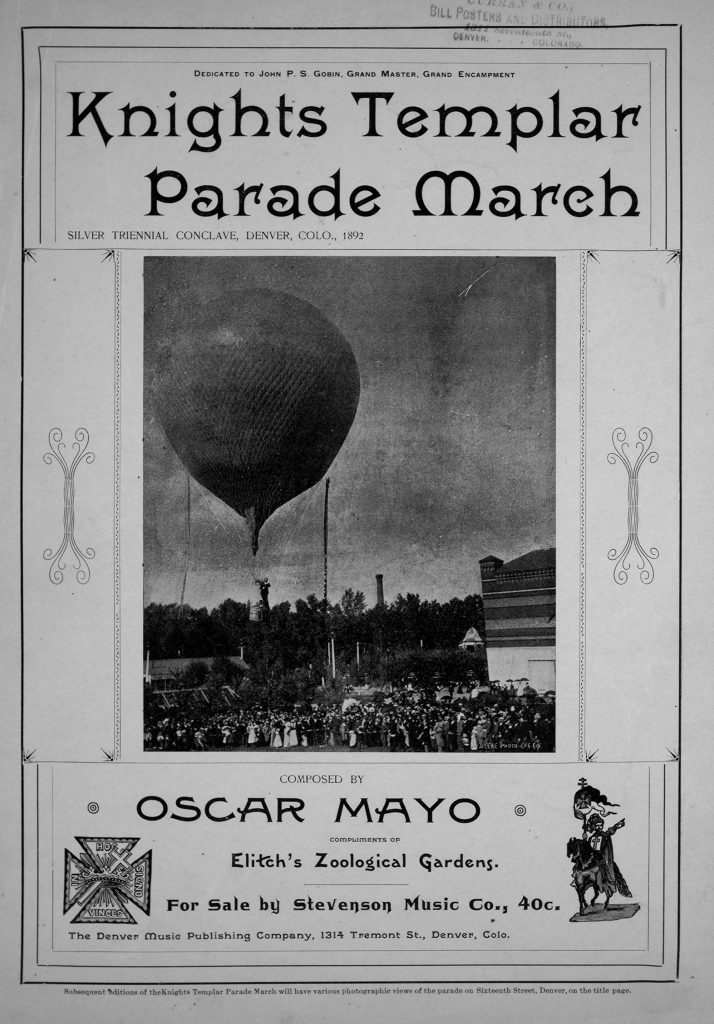 Knights Templar Parade March (1892) packs a lot of advertising into the cover. Very few songs in the Levy Collection were published in Denver, making this a rare find. This cover shows a black and white photograph of a hot air balloon, presumably in Denver, witnessed by a large crowd. According to the Rocky Mountain News, there was a balloon launch on October 4, 1891 accompanied by dancing, boating, and fishing. Balloon launches were also regularly advertised at Elitch Gardens, today the site of a Six Flags amusement park: 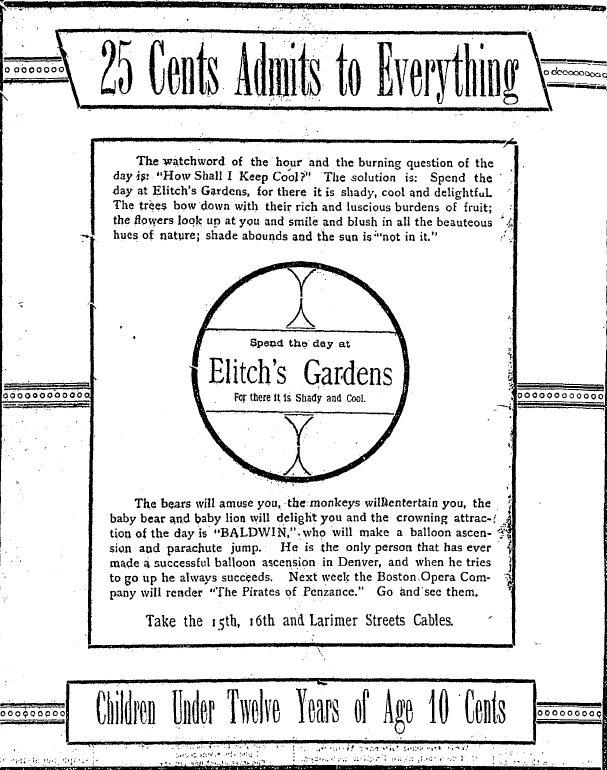 The song appears to have been distributed by various stores. One advertisement from the Rocky Mountain News (July 29, 1892) from The McNamara Dry Goods Co. offers to present a copy “to every lady asking for it.” The same offer was made by Joslin’s Dry Goods and Carpets. 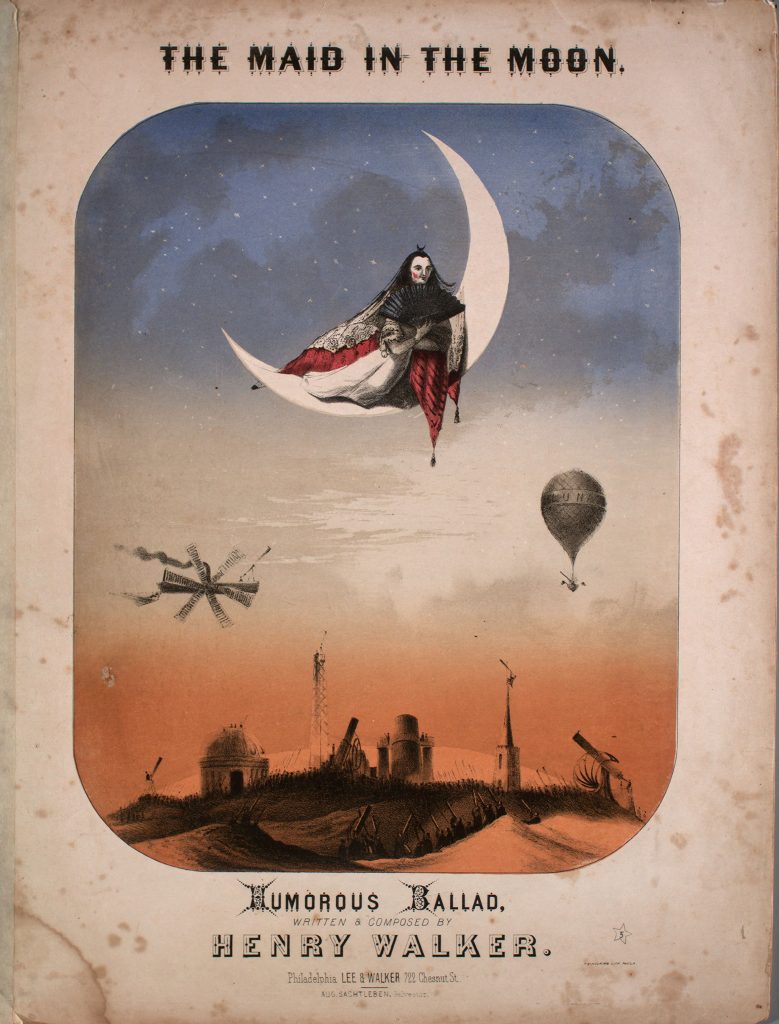 Although the balloon is not the feature of this cover, I found the lithograph too beautiful to omit. The song is undated, likely published during the 19th century. The ground is covered in observatories and dozens of individuals holding telescopes. Additionally, both the bizarre  flying contraption and the balloon (inscribed “Luna”) have telescopes aimed at the figure on the moon.

The lyrics start “Of the Man in the moon many people will tell, But we mus’nt (sic) forget there’s a Maid there as well! A pretty young damsel whom poets delight To hail as “Fair Luna, The Queen of the night.”