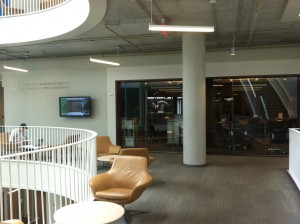 Let’s face it – on these beautiful summer days, it can be hard to force ourselves to come inside. Whether your office has windows or not, nothing can quite compare to being out in the sunshine. That is, until the mercury hits the 90s and the humidity and heat index are off the charts. Luckily, Special Collections offers a cool place to relax and research.

Every summer, we are busy with visiting scholars, faculty, and graduate students from other institutions who have a break from their usual responsibilities and travel to use collections of papers or copies of books found only in our holdings. This summer we will also be hosting a record number of Fellows supported by the University and by the Library.

For the first time, Special Collections is sponsoring two fellowships for PhD students researching nineteenth-, twentieth-, and twenty-first-century topics in the humanities or social sciences.

Alicia Puglionesi, PhD candidate in the history of medicine, will explore “The Astonishment of Experiment: Americans and Psychical Research, 1884-1935.” She will examine psychical research at the turn of the twentieth century and its relationship to the norms of observational science. She’ll be looking at the records of the Metaphysical Club, as well as some early psychology journals. She’ll also be working in archives in DC and Philadelphia this summer.

Ayako Hiramatsu is a PhD candidate in the department of political science. Her project is “The Emergence and Development of Southern Parties in Network Forms, 1964-2006.” She is investigating the shift in political party allegiances in the South in the late twentieth century from the perspective of local party activities and organizations, a new approach to this major change that had national repercussions. She’ll be looking at the Dexter Archive of Oral History and the Clarence D. Long Papers, as well as a couple of journals that are hard to find. She’ll also be working at the Library of Congress this summer.

This is our inaugural year in formally participating in the Dean’s Undergraduate Research Award. Undergraduates applied to participate in a faculty research assistantship, senior Capstone project, or independent study. 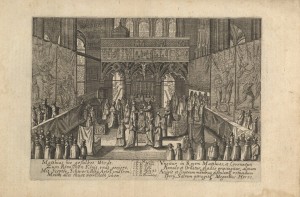 Caitlin Hoff, a French major, will spend many festive hours looking at European festival books and the intersection of art and literature. One of her end-products will be an exhibition on M-Level entitled, “Wonder, Marvel, and Spectacle: Rare Fete Books of the Ancien Regime.”

Kelsey Champagne, currently a Sophomore, an English & French double-major, will be a research assistant for a forthcoming edition of a 17th-century unpublished biography of the leading Catholic recusants in Elizabethan England, the Earl and Countess of Arundel, authored by Elizabeth Patton and Earle Havens.

Although she won’t be joining us until the fall, Kathleen Naymen, of the Writing Seminars, will study the intersection of print culture and women’s issues, looking at women’s journals, books and magazines to investigate one of the most important fashion trends: the corset. Her research will result in an online exhibition project.

Again this year, we are pleased to host several JHU-sponsored Fellows using our collections in support of their research.

Five doctoral students have won Singleton Center Fellowships and will be focusing their studies around a variety of topics. 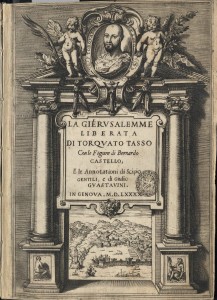 Janet Gomez (Italian) is working on a project that involves the study of the uncanny relationship between the main female protagonists from Torquato Tasso’s major epics (Gerusalemme liberata and Gerusalemme conquistata), and how that uncanny relationship gets absorbed and evolved across time and different genres including: early modern Italian female writings, illustrations, theatre, and opera. 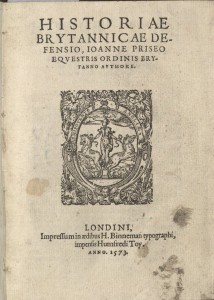 Neil Weijer (History) is researching how “stories” – in the form of histories, myths, romances, and chronicles – function in telling the history of the early Britons, including a well-known king by the name of Arthur. 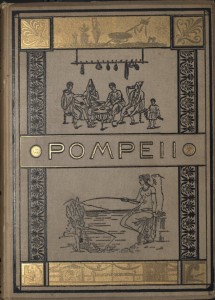 Shana O’Connell (History of Art) will work on the reception of still life in 18th-19th century publications of Roman frescoes from Pompeii and Herculaneum.

Daniel Houston (Classics) will be collating the five editions of Lorenzo Valla’s Latin translation of Herodotus’ Histories, printed between 1474 and 1500, and making note of their distinctive features to determine the extent of editorial and pressroom intervention in the transmission of the text. His research will take place at the Library of Congress.

Will Brown (History) is working on a collective biography of French governors and civilian administrators who were sent to disparate corners of the New World to rule in the king’s name. He looks at how these men were trained or prepared for colonial service, how they and their families lived from day to day, to what extent they were embedded in the colonial societies over which they governed, and how they sought to preserve their “Frenchness” while crafting personas tailored to the governance of indigenous, slave, and settler populations in territories as diverse as Canada and the Caribbean. He, too, will be working at the Library of Congress.

In the fall, researchers will have the opportunity to present the results of their studies through talks, exhibitions, and other presentations.

But be glad – you won’t even have to wait that long to learn more. Many of our Fellows have graciously agreed to write posts for this very blog. They’ll certainly do better justice to describing their research than I have!