If you’ve read any historical travel accounts, you may notice that there some similarities in terms of their observations regarding non-western countries’ governments, legal systems, cultures, religious practices and customs and traditions. Yet, there are also differences in the ways western women perceived the non-western cultures. Particularly, they paid close attention to the status of non-western women and their place in their society, often comparing non-western women with their western counterparts. Western women could do this because they were able to observe their non-western women in their households and harems. If you’re writing a paper on British women’s early travel accounts, check out the letters written by Lady Mary Wortley Montagu (1689-1762) available via the British and Irish Women’s Letters and Diaries (1500-1950) database. She is well known for her descriptions of the Turkish manners and customs in her letters and her detailed first-hand accounts of the harems and the position of the Turkish women.

Who is Lady Mary Wortley Montagu? Why did she travel to Turkey? She was the eldest daughter of the Duke of Kingston and his wife, Lady Mary Fielding, born in London in 1689. In 1712, she married Sir Edward Wortley Montagu, the British Ambassador to the Ottoman Empire. During their early years of marriage, Sir Edward served as the Member of Parliament for Westminster and then, as Lord Commissioner of the Treasury. In 1716, 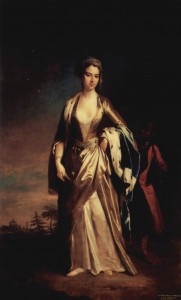 he was appointed as the British Ambassador to Turkey and was stationed in Constantinople, now known as Istanbul. Lady Montagu accompanied her husband and visited Vienna, Adrianople, and Constantinople. She resided in Constantinople from 1716 to 1718. Well-known for her prolific letter writing, she became famous for her Turkish Embassy Letters, which includes detailed descriptions of the harems that she visited and the social condition of the Turkish women.

In 1718, she and her husband returned to England. Her travel  letters were published in three volumes after her death in 1762. If you are interested in exploring this topic more, check out our holdings! To locate her collection of letters using Catalyst, do a subject search of “Montague, Mary Wortley, Lady, 1689-1762 – correspondence.” You can also do a subject search for works published on Lady Montagu. Short of hopping in a time machine, it’s the closest you’ll get to taking a tour of 18th century Turkey with a prominent female British traveler!

2 thoughts on “Take a Historical Tour of Istanbul with Lady Mary Wortley Montagu!”