Baltimore Gears Up for the Labor Day Weekend Race Events 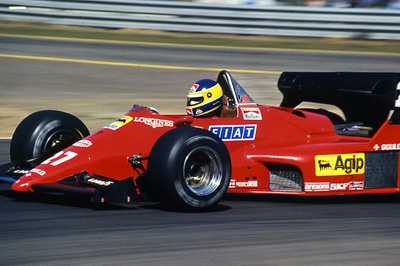 This week begins the inaugural Baltimore Grand Prix automobile race. The main event of this multi-day festival is the IZOD IndyCar Race, which is part of the IZOD IndyCar Series. Baltimore’s race will happen on Sunday afternoon, September 4th, at 2:00PM.

Automobile racing has its origins in “town to town” competition on ordinary roads, between early auto manufacturers. For the safety of spectators and innocent bystanders, this changed to a “circuit”, or closed track, involving multiple laps around a set course, over existing streets. One of the earliest and well known Grand Prix circuit races began in Le Mans (France) by the Automobile Club de France (ACF) in 1906.

The 2011 Baltimore Grand Prix is a circuit race around a two-mile temporary street course, adjacent to the Inner Harbor and around the Camden Yards baseball stadium and the Baltimore Convention Center.

Race cars will begin to appear on this track on Friday as the drivers practice on the course for the first time. Saturday events will include additional practice time, and then qualifying laps which will determine each driver’s starting position for Sunday’s race. The actual race on Sunday will take approximately two hours to complete. The IZOD IndyCar Series is a timed race, so the number of laps and race distance will vary. The actual race is expected to be between 80 and 100 laps, which would equate to 160 to 200 miles.

The automobiles competing in the Baltimore’s main event are “Indycars” which refers to a specific type of open-wheel car, with the wheels outside the car’s main body, and only has a single seat for the driver. Open-wheel cars are very different from street cars, sports cars, stock cars, and touring cars, which have their wheels below the body or fenders. Open-wheel cars are built specifically for racing, with a higher degree of technological sophistication than in other forms of motor sport.

Love it or hate it, Labor Day Weekend in Baltimore will be abuzz with the sounds of roaring engines and crowds exceeding 100,000. The MTA website can assist you, if you anticipate travel anywhere near the Inner Harbor as the city gears up for the Labor Day Weekend race events.

For additional reading on the science of automobile racing, check out the electronic book How Race Car Drivers Use Math.