Can’t make it to Europe this summer? Try reading.

While a leisurely trip through the south of France, the Rhine River valley or Tuscany might not be in your summer plans, you can travel vicariously by reading some of Europe’s hottest writers. Check out the books by these authors in the Eisenhower Library, most of them available in English translation: 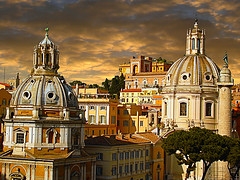 Marie Darrieussecq and Fred Vargas (France): Vargas is a pseudonym for a young female mystery writer. Her Inspector Adamsberg series are real page-turners. And Darrieussecq has won several prizes and garnered a lot of attention for her imaginative works.

Andrea Camilleri (Italy): Join Inspector Montalban on his many adventures in Sicily.

Per Petterson (Norway): Out Stealing Horses won the world’s most lucrative literary prize, the IMPAC Dublin Award, in 2007. BTW, the list of winners and books short-listed for the IMPAC is a great place to get more ideas on what to read!

Orhan Pamuk (Turkey): Winner of the Nobel Prize, Pamuk’s latest novel (Museum of Innocence) takes place in Istanbul and explores the nature of love and obsession. But don’t miss his earlier Snow.

Or, you can always browse the stacks on D Level, using this handy guide to call number locations for contemporary fiction.