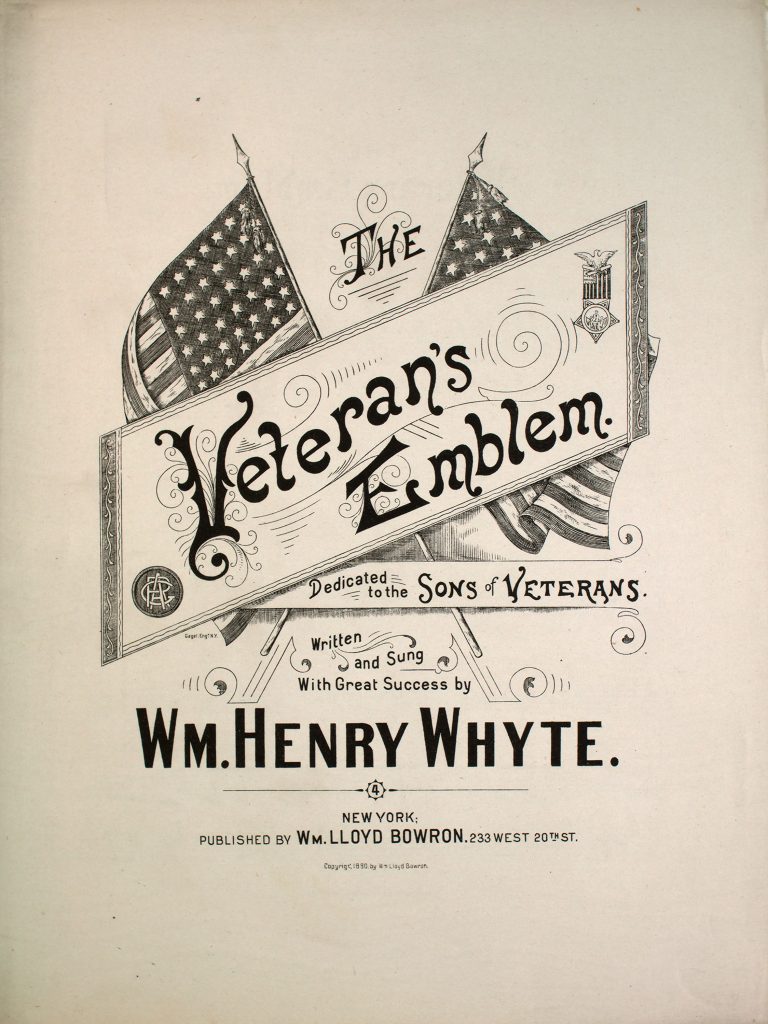 The Veteran’s Emblem was published in New York, 1890, and is dedicated to the Sons of Veterans. The words of the song are from a father speaking to his son:

“Keep that button my dear son and never part in life

I fought and bled, yes tears I’ve shed for you a Veteran’s boy.”

The end of the second verse references the G.A.R., or Grand Army of the Republic, a fraternal organization of Union soldiers from the Civil War.

Booklets like these “Hit Kits” were distributed to soldiers in World War II to boost morale. This version contains popular songs with simple piano parts, allowing soldiers to perform the tunes themselves (the songs also contain chords for guitar). The USO has also supported members of the US Armed Forces by sponsoring performances from celebrities including Bob Hope, Robin Williams, Marilyn Monroe, Joan Crawford, and Steve Martin. 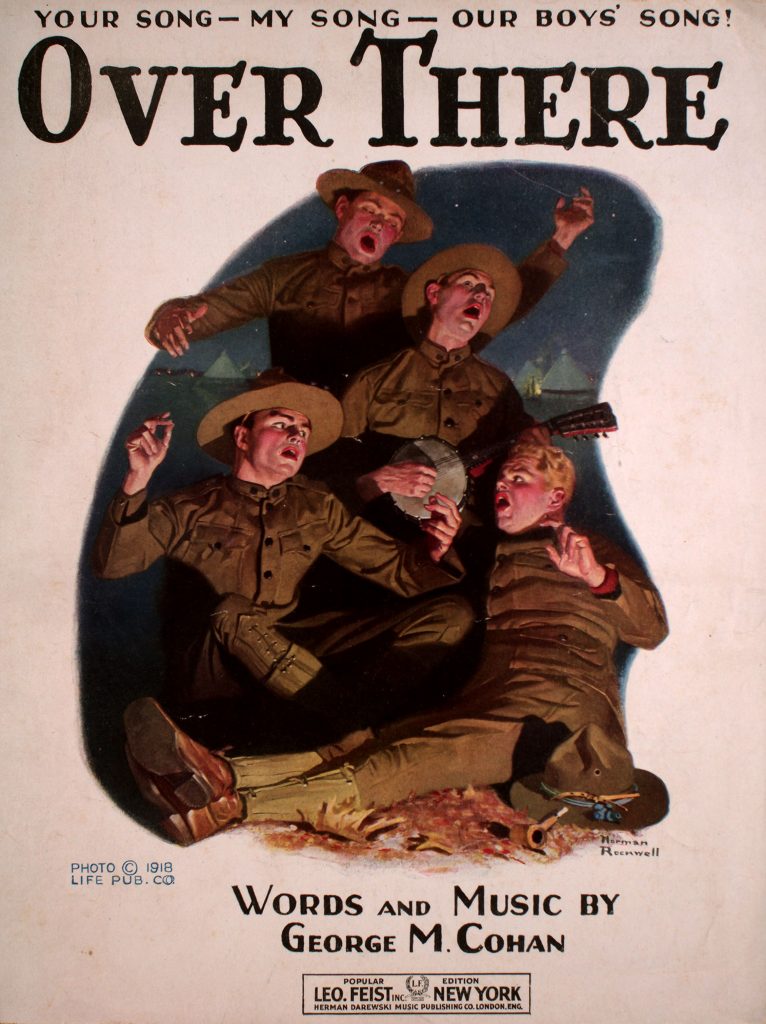 Over There is one of the most well-known and popular songs from World War I– so much so that composer George M. Cohan was awarded a Congressional Gold Medal for contributions to war morale.

The song was published multiple times with different covers, and was also released for band, orchestra, and male quartet. Another note on the first page of music advertises two mediums that were replacing sheet music as the center of home entertainment—talking machines (phonographs) and player pianos. The song was released in 1917, the year the United States entered the war, and reflects a patriotic optimism in the chorus:

From the Lester Levy Collection and the Sheridan Libraries, thank you to all of our veterans for your service.