Halloween is here! As spooky season draws to a close, here are a few of the spookiest, creepiest, and midnight-iest songs in the Levy Sheet Music Collection. 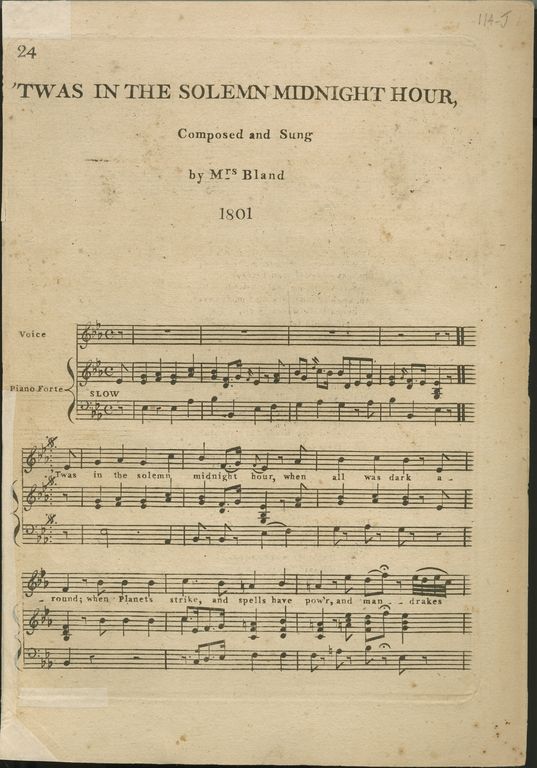 ‘Twas in the Solemn Midnight Hour is one of the earliest songs in the collection, dated 1801 but without a publisher listed. It’s difficult to track down who Mrs. Bland was without knowing the city in which this was published (this information often leads us to period newspaper advertisements). The lyrics are quite spooky:

“’Twas in the solemn midnight hour, when all was dark around;

When Planets strike, and spells have pow’r, and mandrakes cleave the ground,

I heard a voice as from the tomb, the bell then beating one,

Adieu it cried, I meet my doom, my life’s last sand is run.”

As a millennial, the first thing I learned from this song is that a mandrake is a real plant and not a sentient shrub from the Harry Potter world. Interestingly, the Harry Potter version of the plant is inspired by aspects of the real shrub—the roots can resemble human form, they supposedly scream when pulled from the ground, and the plant contains a powerful, poisonous hallucinogen. 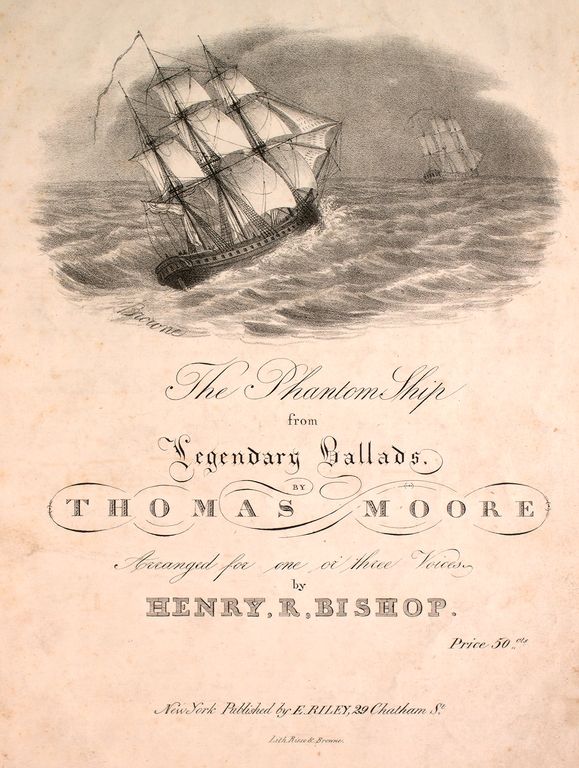 The Phantom Ship is undated, but definitely published later than the previous song as it contains a decorative cover. The song seems to have been quite popular, as it was published multiple times in New York and Philadelphia. The song also begins at midnight:

“’Twas midnight dark, The seaman’s bark Swift o’er the waters bore him, when, through the night, he spied a light shoot o’er the wave before him. ‘A sail! A sail!’ he cries.”

They pursue the boat for days, but it never seems to get any closer. The song ends with a foreboding close “For, oh! Till sky and earth shall die, and their death leave none to rue it, that boat must flee o’er the boundless sea, and that ship in vain pursue it.” 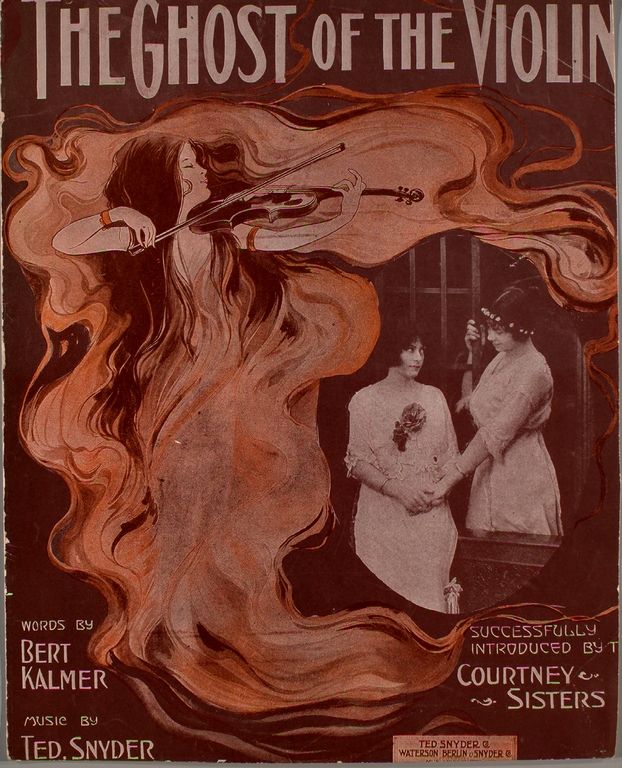 The Ghost of the Violin was published in New York (1912) and introduced by the Courtney Sisters, a vaudeville singing duo:

“In a quaint old antique store, For a thousand years or more, Laid a musty, laid a dusty violin. Suddenly a ghost appeared, played upon it wild and weird! And the ghost, and the ghost, owned a violin.” The song goes on to explain that people would come every night at midnight to hear the ghost play the violin.

This was the third time in a row I found midnight at the center of a spooky song, so I felt the need to investigate. Apparently, there is a phenomenon called ‘witching hour’—when paranormal activity is at its peak—that takes place either at midnight or 3-4am. During witching hour, demons, ghosts, and goblins are at their most active (in doing my due diligence to find the most scholarly sources, I was torn between a peer-reviewed journal and this mattress website blog). A surprising number of mattress websites discuss witching hour and the benefits of a comfy bed– but how much can a bed protect you from mandrakes, ghost ships, and violins?

Either way, have a Happy Halloween!