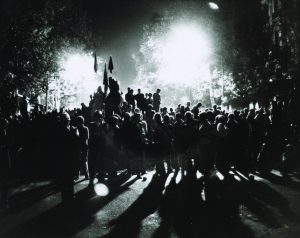 1968 was marked by war and protest, tragedy and revolution—a year around which a whole era of political turmoil, cultural change, and social unrest turned. So much happened in one year, including: 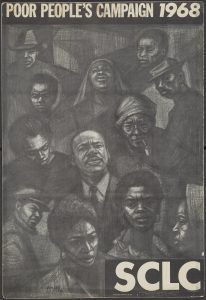 The Spirit of ’68, an exhibition on M-level of the Eisenhower Library and B-level of the Brody Learning Commons, examines some of the many explosive events of 1968 and the period around this pivotal year. The artifacts and documents on display focus on King’s assassination and the “Holy Week Uprisings” in Baltimore; student activism on the Johns Hopkins campus; Vietnam War propaganda and protest; the “Mai 1968” unrest in France; the Black Power and Black Arts movements; and the emergence of what would become known as Gay Liberation.

Do you have memories of 1968? Have you studied some of these events–and if so, what have you learned? What do these struggles and achievements look like to you, fifty years later? What is the legacy of 1968 in 2018? Please share your responses to the exhibit and thoughts about 1968 in the comments below.