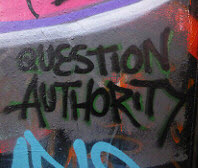 As we’ve all been learning recently, fake news really takes two forms: 1) information that is truly wrong and 2) accurate information that someone disagrees with. The first type (alternative facts?) can be disproven using any number of fact-checking sources that we’ve identified in our earlier post. The second type is a bit harder to handle since it involves the manipulation of public opinion against factual information for political reasons. Social media likely compounds the problem. Studies show that social media is influencing how we communicate, how we perform academically, and how we engage in politics. Even before the current state of social media, studies have shown that fake news, such as political satire, can influence how people view politics and politicians in a very negative way.

Fake news turns the advantages of the internet into disadvantages. The ability for anyone to create content means the checks we are used to seeing in academic and media articles – peer review and journalistic ethics– are missing. Content can be created strictly for commercial reasons (even here in Maryland!), as we’ve found with much of the recent fake news.

The ease and speed with which information can be shared lures people to click first and think later. This plays into the filter bubbles you’ve heard so much about. What we see is reinforced and multiplied until we are overwhelmed and assume that what we’re seeing is true, just because it’s repeated so often.

Google and Facebook, whose tools have built some of those bubbles, are trying to combat fake news. In early April, Google released a Fact Check function which will allow some search results to be linked to fact checking agency information. Here’s the list of agencies they work with. Facebook is also adding a tool to your news feed to help with fact checking.

Fake news has been with us throughout history, in many guises. There are sites to help you figure out which media outlets and stories are reliable. As always, your librarian is ready to assist – perhaps libraries are the best places to fight fake news.