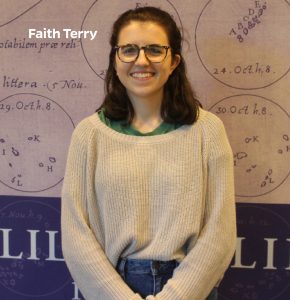 For the past 5 months, I’ve been discovering what it means to be a student here at Hopkins. From the importance of academics and the shared sense of competition, to locating the steam tunnel entrances and avoiding the lines at the FFC, freshmen like me are just beginning to get the hang of being a Blue Jay. While I’ve been adjusting to college life myself, I’ve also had the unique opportunity to study glimpses of student life here before my time, through the lens of one of the most important aspects of campus living: student housing.

To start my research, I decided to look at the construction of housing chronologically. Of course, this presents an immediate problem: Hopkins began admitting students in 1876, but didn’t open its first dormitory until 1923. For half a century, students had to fend for themselves out in Baltimore and find their own housing.

The original campus was located in Downtown Baltimore, centered around Howard and Monument Streets. The original classroom buildings have all since been torn down as that part of the city has been re-developed, but I wouldn’t be surprised to find that some of the houses used by students at the time are still standing. I made a rough map of student addresses (which for many years were made public in the university directory) and found that, in the earliest years of the school, most students seemed to favor rowhouses. 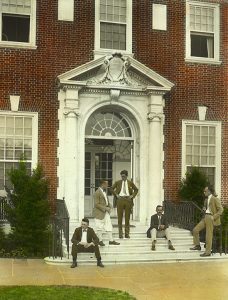 Perhaps the most important donation the school received was the land donated by William Wyman and William Keyser, which would come to form Homewood Campus. Before the move, President Gilman had repeatedly discussed his concerns about the size of the campus, especially as the student body continued to grow every year and strain the capacity of the small Howard Street classrooms. Especially without any shared dormitories, the campus lacked any student social spaces, as well as sports practice areas. This need for space is a big part of what fueled the move to a new campus.

The war played an interesting role in terms of student housing. Some of the first students who lived on-campus were actually in the Student Army Training Corps (SATC) and lived in barracks in the Mechanical Engineering Building (Latrobe Hall). The SATC programs were short-lived, however, as they only began the fall that the war ended. These barracks were also used to house students during the flu epidemic of 1918, during which Johns Hopkins was actually the first public institution to close down following the outbreak in Baltimore. I guess a quick response would be expected, given our reputation for incredible medical knowledge!

The continued legacy of the war in student housing would likely be familiar to anyone living in one of the AMRs. These buildings, the Alumni Memorial Residences, have houses named after Hopkins Alumni who served during WWI. The plans for these buildings were discussed in the 1919 President’s report, where President Goodnow talked about the important role that dorms would play at the school. Of course, he wasn’t referring to the importance of a student community or the convenience of having students on campus. Instead, he was talking about the new revenue stream that would be supporting the university! 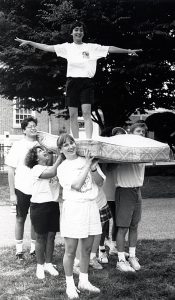 Apartments only grew in popularity for off-campus housing after WWII. This popularity, as well as the new need to house student veterans (some with families of their own) is what led the university to its first housing acquisition, the Bradford Apartments. According to a report in a ‘47 News-Letter, the university would wait for current residents to move out on their own before moving in new students, seeming to want to limit their impact on the city by not forcing anyone to leave. I’d be interested to see how this approach changed or stayed the same when it came to other apartment acquisitions. Johns Hopkins has always played an important role in Baltimore, so it’s particularly interesting to see how the university interacts with the city as it continues to grow and expand.

Another theme that only seems to be growing in importance is that of diversity and inclusion at Hopkins. I’d love to see how student housing, as one of the pillars of student life, has connected historically with diversity here at the university. I’m still looking into issues of integration of housing, and am excited to look closer at the introduction of undergraduate women and the beginning of co-ed dorms. This theme seems especially relevant to housing in the present day, as the university has just recently started their gender inclusive housing initiative.

Over this semester, I’ve learned a lot about the history of the school and the changing face of the student body. I’ve also seen how student housing in particular began to change from a more individualized experience to become central to student life at the university. However, at the same time that my research has emphasized to me how much has changed over the years, I’ve also been struck by how much stays the same. A great place to find examples of this are the “Letters to the Editor” section of the News-Letter. Students came here to complain about housing, dining, the effectiveness of the Career Center, and even to plead for an exam exemption policy. As the setting of the university continues to be built up, renovated, and refurbished, it seems that the students have more in common with their predecessors than they may know. As I move forward with my research, I hope to find out more about this balance between persistence and change, both through the physical university and through the students themselves, elements that are both inherently intertwined with the story of student housing.

One thought on “Introducing Our Freshman Fellows: Faith Terry”