On the Subject of Cities 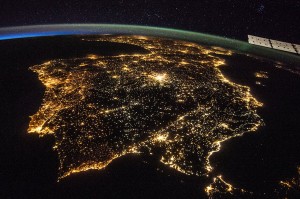 What is a city? The common characteristic of all cities is being “a reasonably large and permanent concentration of people within a limited territory,” according to the Social Science Encyclopedia. The U. S. Census Bureau can even give you a number: a city is either urban — “any incorporated place with [at least] 2,500 people living within its boundaries” — or, as of 1950, an “urbanized area,” which has more than 50,000 people.

But the concept of “city” continues to draw attention, in many fields of study. JHU professors have offered classes about very different aspects of cities:

There is even the Johns Hopkins Institute for the American City.

In JHU’s library catalog, a TITLE search for city OR cities gets more than 40,000 results. These have 18 different FORMATS – they include the usual things such as books, journals, and DVDs, but there are also more than 400 musical recordings and 1 Blu-ray (the Charlie Chaplin film, City Lights).

More amazing is that those items span 480 years, from 1535 to 2015. What is that one from 1535, anyway? Ah, not a surprise; it’s about London: “A proclamation concernynge payement of tythes and oblations, as well within the citie of London, as elles where within the realme.” It’s online in Early English Books Online, a database with scans of “virtually every work printed in England, Ireland, Scotland, Wales, and British North America” from 1473-1700.

What are these “city” books about? The 5 most numerous subject headings are:

All of these are pretty clear except “cities and towns” – what does that mean? The Library of Congress says that this subject heading is used for materials about “Global cities; Municipalities; Towns; Urban areas; Urban systems.”

That’s still pretty broad — what are some narrower terms that will be more concrete (no pun intended)? Oh, wow, some of these are great! One is “extinct cities,” which includes cities that have been abandoned, buried, deserted, ruined, or sunken; do we have any books with that subject heading? What? Over 4,000?? (How many extinct cities can you name?)