What Are You Reading (Part 2)

We continue our posts on what people at JHU are reading; here are three more reading lists for your enjoyment.

I read every other night to my son. This means that I am now an expert in Ninjago, Chima, Superheroes, The Magic Tree House, and many other books that fit the six-year-old set. Among the many surprising things I have learned in this reading includes updates to my own childhood. For example, Aquaman‘s first name is Arthur, who knew? In addition, since I am now coaching my son’s soccer team, I also have by my bedside several coaching books handed down from a friend, including: Developing Soccer Players the Dutch Way – my favorite so far.

Running is a passion of mine, and it shows in my reading. I recently re-read Christopher McDougall’s: Born to Run. This popular book encourages everyone to run far, run barefoot, and to try to believe that running is what we are designed to do. Scott Jurek’s Eat and Run, which I also read this summer, adds another element and tells you to do all that running and be a vegan. Scott is famous for winning numerous 100 mile ultramarathon races, so he is hard to argue with. As a boy raised on Kansas City Barbeque my transformation to a no meat athlete is definitely a work in progress.

I try to find time for more intellectual reading as well. One of my former Brazilian students turned me on to the works of Portuguese writer José de Sousa Saramago. I have read Blindness and Seeing, neither of which provide a very uplifting view of humanity, but provide stories that are impossible for me to put down. His prose is unique, if you like long sentences, you have found your author. Currently I am reading his second to last book: The Elephant’s Journey. Set in 1551, this is a story based on King João III of Portugal giving an Elephant as a gift, and the journey from Lisbon to Vienna (this actually happened). The story gives insights on Europe in a different time, but timeless insights about class and people and the bond’s formed through common cause.

Katherine Newman, James B. Knapp Dean of The Zanvyl Krieger School of Arts and Sciences

In the summer months, when I have a bit more time to myself, I am generally working on my own writing and this summer was no different. But as I met a book deadline in June, I had more time to read than usual and found myself on some very long haul airplane rides, which means thick books I can sink into for ten hours or so. Here are the ones I found most absorbing:

The Warmth of Other Suns by Isabelle Wilkerson is one of the most beautifully written pieces of non-fiction I have ever read. It recounts the Great Migration of African Americans from the rural south and the iron grip of Jim Crow, to the urban north and subtler forms of segregation and discrimination. Wilkerson traces the lives of three main characters who follow different streams of movement to New York, Chicago, and California, the end points of the migration for millions of Black people who left their communities of origin between World War I and approximately the 1970s in search of a measure of freedom and greater economic opportunity. Placing this book alongside another one I read several years ago, The Worst Hard Times by Timothy Egan, the story of the dust bowl of the 1930s and the movement of midwestern families to the west, one learns about how much the country we know now is the product of truly brave people who left everything they knew behind and reshaped the social landscape in the regions they and their descendants now call home.

The second book that caught my attention was To End All Wars, a masterful story of the dissidents who mounted movements of conscientious objection to World War I, especially in England, but also in France, Germany, and Russia. Adam Hochschild, a wonderful historian/journalist (author of King Leopold’s Ghost on the colonial crimes of the Belgian Congo), has combed the archives to put together a little known story of the men and women who stood against the tide of fevered patriotism to question why the European powers were bent on sacrificing the lives of 20 million people in a war that so few understood. Most interesting to me were the bizarre changes in the allegiances of leaders of the women’s movement, especially the Pankhursts, who first championed anti-war sentiment only to turn on their own movement and lead the charge to prosecute opponents of the war. I knew nothing of the philosopher Bertrand Russell’s contributions to the anti-war movement and even less about the conscientious objectors who were shot for their “crimes” of opposition. To End All Wars also describes in detail the misplaced confidence of the British and the French in their military strength and the loss of thousands of their troops because they completely misunderstood what modern warfare would require. Again, beautifully written, powerful, and sorrowful as any account of total war could be.

I am still midway through the last of the books I began this summer, the authorized biography of Nelson Mandela by Anthony Sampson. Published in the late 1990s and updated recently (by another author, since Sampson has since passed away), this is a very detailed study of the birth of the African National Congress and the heroic struggle to maintain its momentum during the long years when Mandela was imprisoned. Having spent a lot of time in South Africa doing research for the book I just finished writing, I knew a fair amount of the recent history of the ANC. What this book taught me most of all was the long and deep divisions that underlie the conflicts visible today, especially those that in the beginning saw the communists (who believed in a multi-racial politics) against the Black nationalists (who favored ousting whites from power at any cost). Sampson covered the ANC for most of his career, including the famous trials that sent Mandela to prison along with hundreds of others. Their close association over decades gives this biography a kind of intimacy that most lack. It also brings the reader closer to the contributions of Winnie Mandela, without whom (it seems fair to say), Nelson and the ANC would have faded almost entirely from public view. Mandela is not an easy read (it is about 600 pages long), but it is well worth the time.

During the academic year, I have little time to read for pleasure, but it is one of life’s great joys. 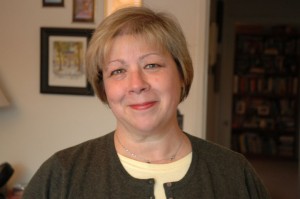 I know everyone thinks librarians spend their days ideally reading books; I can guarantee you this is not true. My work reading list usually shifts depending on what I’m working on at the moment and tends to be a mix of books, journal articles, reports, and blog posts. Right now on deck are a draft of a guidance document for the lifecycle management of ETDs, which JHU just moved to on 9/1/13. Insofar as managing these assets long-term falls under my directorate I’m reading everything I can get my hands on to help forecast digital space needs for the future preservation of digital collections.

I’m also part way through a journal article from the Journal of Academic Librarianship entitled, “What do Our Faculty Use? An Interdisciplinary Citation Analysis Study”.  I’ve been wanting to do some citation studies for awhile so I’m always interested in these studies to see what methodology people have used to collect and analyze their data.

Also on the stack is the book Prioritizing Academic Programs and Services: Reallocating Resources to Achieve Strategic Balance by Robert C. Dickeson. I’ve been trying to rethink some of the services my departments provide and this book lays out some high level approaches to rethinking resource allocation.

So when I do get home from work and want to read for pleasure, I have to admit what is on my Nook, or on my iPad, or waiting on the pile next to my bed, is an odd mix of current fiction, classics to reread, and best sellers. Reading has been a big part of my life since I was a child and discovered my older sister could read and I could not; that situation did not last long. Right now I’m reading the current Lee Child Jack Reacher novel Never Go Back. And yes, I did see the Jack Reacher movie this winter, but I did not believe Tom Cruise as the Jack Reacher I have always pictured him to be.