What Are You Reading?

We know that reading is really crucial for life-long learning. Libraries and librarians often sit in the unique position between students and faculty. We hear from students that they would like to know what their professors are reading; faculty members tell us their students are not reading the things they should be reading. While we can’t necessarily solve those issues in a blog, we can start giving you a sense of what some JHU folks are reading. Here are highlights from a few reading lists, perhaps they will whet your reading appetite! 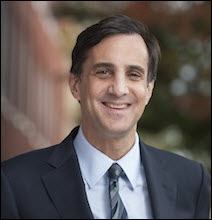 I just completed Worldly Philosopher, The Odyssey of Albert O. Hirschman, [on order] written by the Princeton historian Jeremy Adelman.  The book is a magisterial biography of one of the twentieth century’s most influential political economists.  Over the years, I have invoked Hirschman’s work in a number of different articles I have written, but had no idea of the truly extraordinary personal life that Hirschman led. Born of assimilated German Jewish parents in Weimar Germany, Hirschman  fled Berlin in 1933 as Hitler ascended to power.  He fought the Nationalists in the Spanish Civil War and then ended up playing a major and heroic role in secreting several prominent emigres out of Europe as the Nazis invaded country after country.  After finding safe harbor in the United States, Hirschman made his way to several of the country’s leading universities, while punctuating his career with stints in the developing world where he explored the role of different policy options and approaches in supporting development.  I loved the book, and have already bought and sent several copies of it to friends.

I am now reading  The Battle Cry of Freedom, James McPherson‘s celebrated history of the American Civil War.  Although I had some exposure to the history of the war from American history courses that I took as an undergraduate back in Canada,  increasingly I have felt that my understanding of the roots of the conflicts and its enduring impact on American society is inadequate and sought the advice of several friends and colleagues as to where to start in redressing this lacuna and, almost uniformly, McPherson’s volume was recommended.  It doesn’t hurt that McPherson received his Ph.D from Hopkins in 1963, and was a student of eminent Hopkins historian C. Vann Woodward.

Finally, my wife laments my failure to read as much fiction as I should. And as a result of her prodding I am making my way through Salmon Rushdie‘s Midnight’s Children. The novel, which was released in 1980, received the Booker Prize (which we Canadians follow closely) for the best work of fiction published in the commonwealth.  But significantly, the book has been twice honored as the “Booker of the Booker” prize winner.  I am far enough in the book to know that the story links its protagonist Saleem Sinai, who was born on the eve of India’s independence, to the modern history of the country.  I visited India for the first time this past winter, and finding Rushdie’s magical novel as a wonderful follow on to what was an amazing and eye opening trip.

He’s been spending the summer catching up on books that are connected to Johns Hopkins and how it fits into the Baltimore community. His reading lists includes:

The Other Wes Moore  by Wes Moore – This biography of JHU alumnus Wes Moore and his tocayo is a beautifully written and sobering book that shows how thin the line can be between a life of success and a life of trouble for kids growing up in poor neighborhoods. It makes one wonder what we can do as a university to tip that balance towards success.

The Emperor of All Maladies  by Siddhartha Mukherjee – This is a history of the fight against cancer told through the lens of the scientists, clinicians, and supporters who have been leading the fight. The book does a great job of showing how our understanding and treatment of cancer have co-evolved over time. It brings to life the people who have been behind the greatest advances of the past centuries showing both what makes them successful and fallible.

The Immortal Life of Henrietta Lacks by Rebecca Skloot – This book weaves together in a gripping narrative the stories of Henrietta and the Lacks family, the Johns Hopkins University, the city of Baltimore, and the evolution of medical ethics for informed consent. It does a wonderful job of personalizing the progenitor of the HeLa cell line while also exploring the ties and gulfs between JHU and our surrounding community. [See the recent HUB story.]

King Peggy, by Peggielene Bartels.  This is the book chosen this year for “One Maryland One Book,” a program of the Maryland Humanities Council/Maryland Center for the Book, which I chair.  The theme this year was books that focus on life-changing experiences.  And Peggy certainly had one!  She was working as a secretary in Washington, and suddenly learned that she had been chosen king of Otuam, an impoverished fishing village in western Africa.  No one could make up this story.

That Night, by Alice McDermott.  I love all of Alice’s books, but this may be my favorite (reading it for the 3d time).  The story is so evocative of its era (the 60s), but really, more broadly of the time in most adolescents’ lives when youth and optimism come up against the reality of life’s unexpectedly hard knocks.

And When She Was Good, by Laura Lippman.  When I got ready to move to Baltimore a friend said that if I read Laura’s Tess Monaghan novels I’d know everything important to know about Baltimore.  I don’t claim that omniscience, but I did fall in love with Baltimore, Tess, and Laura through those books, and eagerly await and devour each of her novels. This latest one, published this summer, is a gripping psychological study about a woman leading a double life. I’ll say no more except: read it!

So my question to you is – what are you reading?

3 thoughts on “What Are You Reading?”