Languages; We Have Lots of Languages

Guess how many languages the library has books written in. Just guess. Three-hundred and forty-six (346)!! Here is the list of all of them — it’s fascinating!

Here are the 25 languages in which we have the most items: 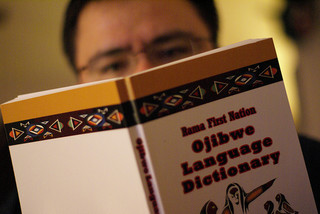 Hmmm, what are those three weird ones — “unknown,” “multiple languages,” and “romance (other)”? “Unknown” doesn’t really mean that; it’s a technical note that usually means that for some reason, the language just wasn’t added to the record, or was added incorrectly. You can ignore “unknown” if you ever see it.

“Multiple languages” is clearer; here are some examples of how some of those are described in the catalog:

“Romance (other)” is another technical thing; books get tagged with this because catalog searches pull from two different coded fields (I *said* technical, didn’t I?). You can ignore this one, too.

Here are the languages in which we have the fewest items (that would be ONE):

How do you find books in a particular language? On the library home page you see the word Catalyst on the top left; that’s the name of the library’s catalog. Click in that box, and a blue line appears; in that line, choose Catalog. then click the More search options underneath. That’s the advanced search screen, which lets you tell the catalog exactly what you want.

Here’s another trick to find books or movies in particular languages: don’t enter any keywords! From that same search screen, all you have to do is choose the language from the pull-down menu, and SEARCH.

What about the one item in “Neapolitan Italian”? Aha, that’s not a book at all; it’s a collection of songs! And you can hear them online!