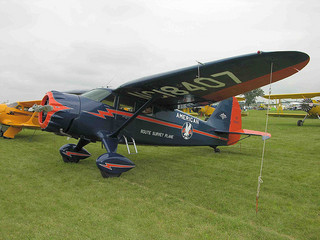 A happy conjunction of a US government crop acreage analysis in the 1930s and Baltimore’s City’s uncommon physical incorporation (surrounded by, but not part of, Baltimore County) has provided The Sheridan Libraries with a useful set of aerial map images to download, incorporate into geospatial information programs, or use to compare geographical features over time.

The 1937 – 1938 Baltimore City & Baltimore County aerial maps were originally produced by the United States Agricultural Stabilization and Conservation Service (ASCS) for use in crop and farm acreage analysis. Across the entire U.S., ASCS flew over counties that had a strong economic base in agriculture. Baltimore County, predominantly agricultural then, was viewed aerially from late fall 1938 to early spring 1939 in straight-line patterns. Since Baltimore County surrounds Baltimore City, the city was also covered quite thoroughly during this process.

From the Sheridan Libraries home page, search the “Database” drop-down for JScholarship; click the Communities & Collections link to “Maps and Atlases” and choose “Aerial Photography – Baltimore” and the date 1937. Both the index and the individual flight line images were scanned at about 1200 DPI and rendered in .jpg and .tif formats.

These photographs are valuable in that they: 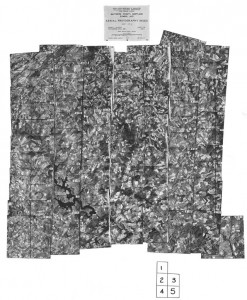 Rectification also makes this photography suitable for georeferencing via Geographic Information Systems (GIS) tools, where data sets can be imported to display demographic, health, census, and physical changes in a geographic context.

To acquire 1937–1938 Baltimore County and Baltimore City photos that we do not have in JScholarship, contact the U.S. National Archives and Records Administration (NARA), Cartographic and Architectural Section (301-837-3200 or carto@nara.gov). Provide NARA staff with the year and photo information that appears on the aerial photo index mosaic sheet found in JScholarship (EXAMPLE: 1938, AJO 8-53). NARA staff will provide you with information regarding fee based services to obtain printed copies or scanned images.

For copies of aerial photography from 1957 – 2009 visit the the USDA’s Aerial Photography Field Office.