Was the 2012 Presidential Election a Historical Rarity? 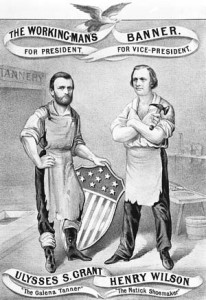 If you find this bit of information intriguing, wait until you see the full array of products available in the CQ Press Electronic Library, which contains a wealth of information on practically every aspect of US politics. Founded in 1945 by Nelson Poynter, former journalist and owner of The St Petersburg Times, and his wife Henrietta, Congressional Quarterly (CQ), aimed at “promoting democracy through education.” More than half a century later, CQ has become a well-recognized brand name for high quality publications for studies of government and political science. Its many introductory, encyclopedic titles on the US government and politics, such as Guide to Congress, Guide to US Elections, The Encyclopedia of Political Science and so on, have long become staples of reference collections in libraries across the US. These guides and encyclopedias not only explain in plain English how the government works, but also provide related historical data and primary sources. For example, the Voting and Election Collection, source of the information quoted above about the 2012 presidential election, consists of voting data from the most recent election all the way back to 1789!

But the CQ Electronic Library does not just cover government or political topics. Many of its products are excellent resources for all areas of social sciences. For example, one of the most popular products in the CQ Electronic Library is CQ Researcher. This database provides excellent background reports on numerous hot issues and special topics from around the world. For example, the recent passage of  marijuana legalization in Washington and Colorado re-ignited one of the perennial controversies in the US: should pot be legalized like alcohol? Search CQ Researcher and you will find a full length report entitled “Legalizing Marijuana.” This report, like all other CQ Researcher reports, summarizes the history and current state of the topic, with supporting documents, timelines, and bibliographies, and presents the arguments from both sides of the debate in its trademark pros and cons format.

So, next time you get an assignment on government and politics, you know where to start: CQ Press Electronic Library!