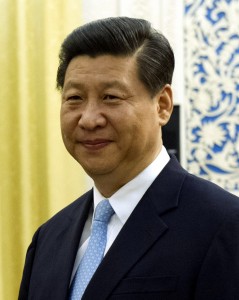 For better or worse, the most expensive presidential election in US history is finally over. With high emotions subsiding and bruises healing, people pick up where they left and go about their normal business. TV channels fill the void left by the big election with  strong doses of natural disasters and human follies. Few people are aware that there has been another election going on, one that is just as momentous, if less nail biting.

In the week between November 8 and 14, 2012, the 18th National Congress of the Communist Party of China(CPC) was held in the Great Hall of the People, Beijing. As happens once every ten years, two thousand plus CPC delegates from all parts of China met in the Great Hall to “elect” a new generation of leaders to lead the nation of 1.4 billion people for the next decade. The week-long conference was essentially the Party’s party, an equivalent of American party convention and election rolled into one. But unlike the US election, there were no festival rallies, no hoarse-throat stump speeches, no competing visions for the country, and no one was holding breath for the election result. Everything had already been decided and done months ahead of the conference, behind the closed doors among the Party elites, including current top leaders and the Party elders who were supposedly long retired. Nonetheless, the Party delegates did have to go through the motion of casting ballots, just to play along with the theatrics of so-called “intra-party democracy.”

If you are baffled and mystified by the process of China’s “election,” you are not alone. The good news is that our library has a lot of sources of information that could shed light on what was essentially a  dark box operation and how it has worked in the past decades. Here is a list of  books on Chinese political leadership in our collection, including a good introduction to Chinese elite politics, entitled Elite Politics in Contemporary China (2001, Joseph Fewsmith), and another on China’s “princelings” (that is, children of the Party founding leaders. Xi Jinping, the new CPC leader and China’s incoming President, is one of them), entitled Princes and Princesses of Red China (1993, He Pin and Gao Xin).