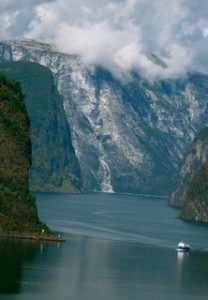 Now that Stieg Larssen’s Millennium-trilogy of Swedish mysteries in English translation has been devoured by the reading public and the Hollywood movie version is in the can, it would be easy for us to return our attention to American, British, and southern European fiction and fact. If we did that, though, we’d miss out on an opportunity to continue exploring one of the world’s most vibrant, significant, and fascinating regions.

For starters, get a more complete overview of the Scandinavian take on the mystery genre by reading Crime and Fantasy in Scandinavia: Fiction, Film, and Social Change. Then dive into the library’s collection of fascinating, compelling, and excellently written mysteries in translation from Norwegian, Icelandic, and Danish. For example, try our copies of Jar City by Golden Dagger Award winner Amaldur Indridason and The Snowman by Swedish author Jo NesbØ, winner of nine literary awards (including Best Norwegian Crime Novel of All Time). Then move on to Maj Sjöwall & Per Wahlöö (husband and wife team, Martin Beck series) and Anne Holt (former Norwegian Minister of Justice, Hanne Wilhelmsen series).

But don’t stop there! The literature of and about Scandinavia, birthplace of the great poetic work The Elder Edda (which traces its roots back as far as the 10th century), covers a lot more ground than murder mysteries. In fact, Scandinavian writers have won seventeen Nobel Prizes in Literature since 1901 (though they may have a leg up on winning this Sweden-based award). Our favorite winner is the 1928 Norwegian epic trilogy Kristin Lavransdatter, which is sure to please lovers of medieval historical fiction.

Perhaps the most widely known and beloved stories originating in Scandinavia are those told about the Norse gods and their antics. These tales rival the Greek and Roman mythologies in their ability to keep us turning the pages. And take our word for it: you’ll never get the full, convoluted, treachery-saturated, soap-opera storylines by reading comic books or watching movies based on them. Try one of our books on the topic—they make great bed-time reading.

Once you’ve got a few of these gems under your belt, you’ll inevitably find yourself wondering where all that creative genius came from. You’ve heard of the Vikings and their raids on Great Britain, of course; and you were fascinated by the news reports of Viking settlements in North America hundreds of years before Columbus. But a group of related Nordic cultures that set up a base on the Loire River in France, traded with the Slavs of Central Europe, and carried out raids on Lisbon, Portugal couldn’t have sprung from so little overnight. Not to worry: the Sheridan Libraries have a substantial  collection of works on the Nordic countries’ past. These include studies of women in the Viking age, a digital reproduction of an agreement between Scandinavian rulers, analyses of archeological finds, and much more.

So put on your horned helm, grab a bowl of lutefisk, pop open a bottle of Aquavit, and start reading.