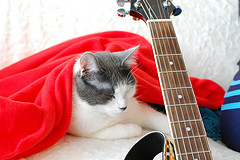 I just got back from a workshop in Nashville on assessing student learning (more about that later!), and now I can’t stop humming that song. A city immortalized by the Lovin’ Spoonful and Robert Altman has to be pretty cool, right? So to prepare myself, I decided to watch the movie again. What a great soundtrack and an incredible  cast!

The city has also been immortalized in fiction. Heart of the County lets you follow the intertwining lives of three aspiring country music stars, while Nashville 1864: The Dying of the Light takes us back almost 150 years to experience the battle of Nashville as seen through the eyes of two twelve year-old boys, one a Confederate officer’s son, the other a slave.

But what about non-fiction? Movies and novels can only tell part of the story. What if I want an eyewitness account of the Battle of Nashville? Civil War Letters and Diaries has 29 documents that describe the battle from various viewpoints, including this one from Stephen Dill Lee, the youngest Confederate lieutenant general during the Civil War.

Now, about that assessment stuff. We teach a lot of research sessions–almost 400 last year that reached over 10,000 JHU students. How do we know how effective they are? Are we teaching you anything? Stay tuned to find out how we’re working to figure that out.