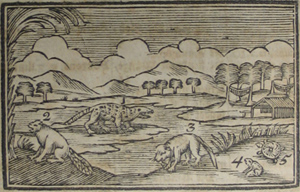 If you’re heading off to a biology class anytime soon, thank Jan Amos Komenský. If you’ve ever taken a painkiller, thank François Magendie. And if you’ve ever been entertained by hands-on learning at a science museum, thank Prince Albert, Queen Victoria’s husband.

Yes, there is a logic to this list of credits: each one represents an important but not so famous moment in the history of science. Komenský (aka Comenius) was a 17th-century Czech educator who wrote one of the first illustrated textbooks; its focus was on the natural world and the human body. François Magendie was a French physiologist who published a formulary in 1821 that introduced into medical practice several new alkaloids—including morphine. And Prince Albert? It was his idea to hold the first international exhibition of manufactured products in London’s Hyde Park in 1851. A celebration of industrialization, this and all subsequent World’s Fairs made invention into a spectacle.

You can get a look at Komenský’s textbook, Magendie’s formulary and a host of World’s Fair materials at Daily Miracles: Science in Everyday Life, an exhibit at the library through January 6, 2012.

The exhibit was inspired by the gift of two pharmacy ledgers by the family of Darlene Bookoff, a Krieger school alum. These giant ledgers (one of which is on display) show us the inner operations of Hynson and Westcott, a Baltimore pharmacy: what was prescribed and for whom in 1889. Hand-scrawled prescriptions for “cocaine hydrochlorate” and “elixir cinchona” give us a sense of how far pharmacology has come. Assembled around the pharmacy ledgers are some other artifacts from the Hynson and Westcott pharmacy and from the history of drug development. Care for some “Dr. King’s New Discovery” or “Nielsen Lactic Milk Whey,” anyone? (Many of these objects come from the Library for the Institute for the History of Medicine and the Alan Mason Chesney Medical Archives of the Johns Hopkins Medical Institutions. Thanks, guys!)

The exhibit also highlights science education, with several cameos by Hopkins’ faculty and students. Come see the 1915 microscope belonging to Anna Baetjer, a pioneering scientist in the new field of occupational health—and faculty member in the School of Public Health for over 50 years. Check out the scale used by School of Nursing pharmacology students in the 1940s; and correspondence between John Jacob Abel, Hopkins’ first professor of “materia medica,” and one of his students, a research pharmacist. Best of all, the exam you’ll have at the end of that biology class you’re on your way to? You can see its great grandfather from 1934.

Illustrations in science books for children grew by leaps and bounds in the nineteenth century—and so did illustrations in World’s Fair guidebooks and souvenirs. These images extended the sense of awe that the World’s Fairs promised, with their dynamic displays of massive machines and demonstrations of cutting-edge manufacturing technologies. Just a few samples from our World’s Fair collection are on exhibit; you can see images from others here.

Stop by Daily Miracles on M-Level—and tell us what you think, below or in the guestbook!

One thought on “Daily Miracles: Science in Everyday Life”