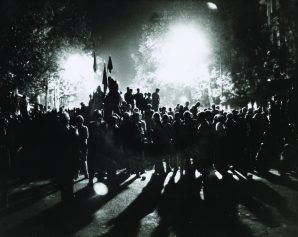 1968 was marked by war and protest, tragedy and revolution—a year around which a whole era of political turmoil, cultural change, and social unrest turned. So much happened in one year, including: The Tet Offensive and the My Lai Massacre in Vietnam. The “Prague Spring” liberalizations in Czechoslovakia, followed by the Soviet invasion. The assassination […]