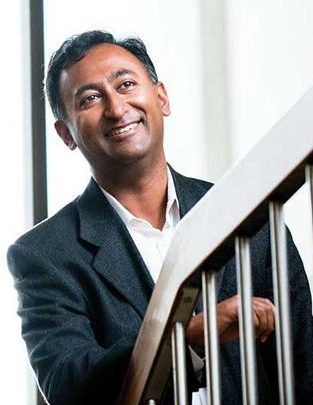 Sheridan Libraries associate dean for research management Sayeed Choudhury, the Hodson Director of the Digital Research and Curation Center, was interviewed for Impactful Open Source, a podcast by open source advocate Richard Littauer that shares stories of open source that moved beyond the code through universities, cities, governments, and the world to make a real difference in people’s lives.

Below are excerpts from the podcast, which you can listen to in its entirety here

* The interview is edited for clarity and length.

On setting up the Johns Hopkins OSPO:

[1:55] We are borrowing from people who’ve been doing this for a while in the private sector, in the corporate sector, and borrowing this construct of the open source program office, or the OSPO…. We’re trying to adapt it in the context of a university setting…. University researchers and students have a diverse set of motives. Some of them are using [open-source software] for a small lab…. Some of them are using it and have grand ideas about what kind of impact it’s going to have.… [The OSPO is] going to be a whole suite of different kinds of offerings and support we might give them. But ultimately it’s still about understanding more about open source in the university and how we connect to other parts of the open source ecosystem.

On open source as a way of collaboration:

[10:10] The way universities typically work with each other is through grants…. [But] open source is a way of collaboration. It’s actually a way of partnering, a way of thinking, a way of executing something as a team. That’s what I find really fascinating, in terms of how universities might work with each other…. Open source is another collaboration mechanism, and I think it’s much more nimble and flexible, and that’s really, really very promising.

On open source and the “four pillars” of the university:

[11:22] Most people think of universities and they immediately think of research and education… There are two other aspects that are a little less well known. One is what we often call translation, which is, how do you take that research, and even the education, and translate it into some other context…how can it be used at large within society? But most recently, certainly because of COVID and the terrible things we are seeing around racial injustice, universities are rightly being asked: What about social impact? …. Hopkins has done a tremendous amount to help deal with COVID. The group that I lead in the Libraries played a small but important part in supporting that [open-source data powered] JHU worldwide COVID map, for example, and our public health researchers are advising the city, the state, the federal government, you name it. That’s a good story around what can a university do to help with a major crisis…. But I think there’s more we can do, and I think that because open source is that alternative pathway into reaching out to others, even members of the community.

On the OSPO and community engagement:

[14:54] The City of Paris has this [open-source municipal] platform, Lutèce…. We are piloting that with a community center in West Baltimore…the St. Francis Neighborhood Center, that’s got a very strong relationship with the folks in their community and providing a range of support and partnerships… They’re now looking at becoming a smart center…and they see Lutèce as a key part of making this happen…. Hopkins has now actually written code that’s been committed to the actual core Lutèce framework, we’re getting requirements from St. Francis, we’re rolling that into the development effort, it’s the beginnings of a community effort…. If I tried to do that through the standard mechanisms within a university, it would’ve taken a lot longer and been a lot harder. But because Lutèce gives us that open-source framework to begin with, it’s a whole different story. I think that translation and impact is facilitated by open source.

On the library as the home of an academic OSPO:

[18:31] The OSPO at Hopkins is out of the [Sheridan] Libraries…and one of the useful things about a library is it’s kind of the most neutral entity in a university setting in many ways…. It’s a case of: Can you find an entity that is service oriented, that is neutral, and that can engage with these kinds of communities in a way that doesn’t feel like you’re trying to advance one particular agenda within the university setting?

On the new Johns Hopkins Institute for Applied Open Source:

[25:05] We recently launched—with the OSPO as the operational entity—an Institute for Applied Open Source…. It’s bringing all those dimensions together—the research, the education, the translation, and the social impact—into the academic sphere…. It’s really exciting because it’s a new academic program that sort of builds on top of the OSPO and allows us to do these kinds of things in terms of engaging the community.