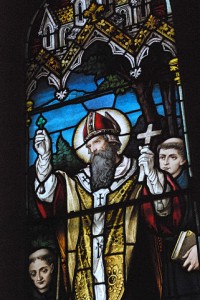 Things fall apart; the center cannot hold;
Mere anarchy is loosed upon the world,
The blood-dimmed tide is loosed, and everywhere
The ceremony of innocence is drowned;
The best lack all conviction, while the worst
Are full of passionate intensity.

These lines, excerpted from the William Butler Yeats poem The Second Coming, aptly describe my impressions of St. Patrick’s Day in these United States. The holiday – which originally celebrated the ministry of Saint Patrick in Ireland and the end of polytheism and pagan practices of the country’s Pre-Roman dark ages – has been nearly divested of its original meaning. Today’s American fest is bedecked in green and soaked in alcohol, but its origins are fading from view.

A self-effacing man of limited learning (his Latin was said to be cumbersome), Patrick was called to the service of Christianity as a young man and was said to have baptized thousands of Irish pagans in the 5th century A.D. Only two of his writings exist, his Confessio and his Letter to the Soldiers of Coroticus: the former is his account of his history and mission and the latter an entreaty to British bishops to excommunicate the Briton king Coroticus, whose soldiers slaughtered newly-baptized converts.

But where did that business about the snakes come from? Legend has it that Saint Patrick drove them all off of the Emerald Isle. But really there’s no evidence that snakes ever existed in Ireland after the retreat of the ice sheets. This peculiar dearth of snakes became, over time, evidence of Patrick’s divinely-inspired mission – he is known for driving these creatures from Ireland. The iconography of the land’s patron saint borrows from the Old Testament (Exodus 7:8-13 and Genesis) and possibly the Church’s demonization of the Druids to provide a metaphor in the walking staff of Patrick. At what is now Aspatria (ash of Patrick) it is said that the meaning of Christianity took so long to get through to the people there that his staff (driven into the ground where he spoke) had taken root by the time he was ready to move on. 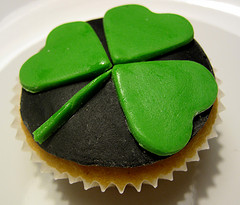 Patrick’s earnest and simple teachings led him to use the ubiquitous shamrock to demonstrate the concept of Trinity; the leaf has three separate leaves, but a single stem, which corresponded to the One God consisting of three entities.

Today in Ireland, St. Patrick’s Festival is celebrated in Dublin; it is a modern, sponsored, 5-day celebration, complete with name bands, food, and parades. One can only imagine the reaction to the American and Irish celebrations by the simple, self-styled Bishop, St. Patrick.