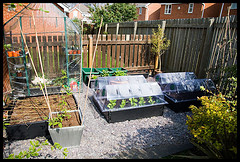 At long last the snows have cleared and Spring is upon us. What better time to get back to the earth, get your hands dirty, and DoItYourself?

Our country has, in some way or another, been a DIY nation since its early days. Be it gardening, cooking, distilling, or dressmaking, early Americans made and did by hand because often there was no other reasonable option. 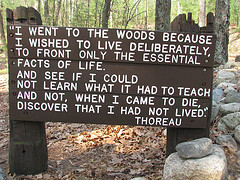 As time progressed and the nation became wealthier and more mechanized, a sense of what was lost in an earlier age began to grow. Perhaps this is best exemplified in the work of philosopher, naturalist, and ardent-DIY’er Henry David Thoreau. Amidst the proprieties and formality of New England society, Thoreau sought an individualism that could express itself in an authentic life. Thoreau’s experiment at Walden is itself a great example of how making carries a political message.

Today, the DIY spirit is alive, strong, and growing. Crafters, artisans, gardeners, brewers, and so on have turned making into a movement and a message. Tired of the rising tide of throw-away culture, DIYers aim to make creation part and parcel of daily life. So pick up a shovel, dust off the sewing machine, and get out there and make something!