Materials Science in Paper Conservation, History, and Literature: The Gulistan of Sa’di

Gulistan or Goléstan-e  (The Rose Garden) was written in 1258 CE by a Persian poet whose pen name was Sa’di. The book is comprised of a mixture of poetry and prose and contains a number of intricate paintings.  The text is written in Persian, the official language of the Mughal court, and has incorporated aspects of Sufi teachings, whose “followers seek to find divine truth through direct encounters with God.”  It is considered one of the most influential pieces of Persian literary works. 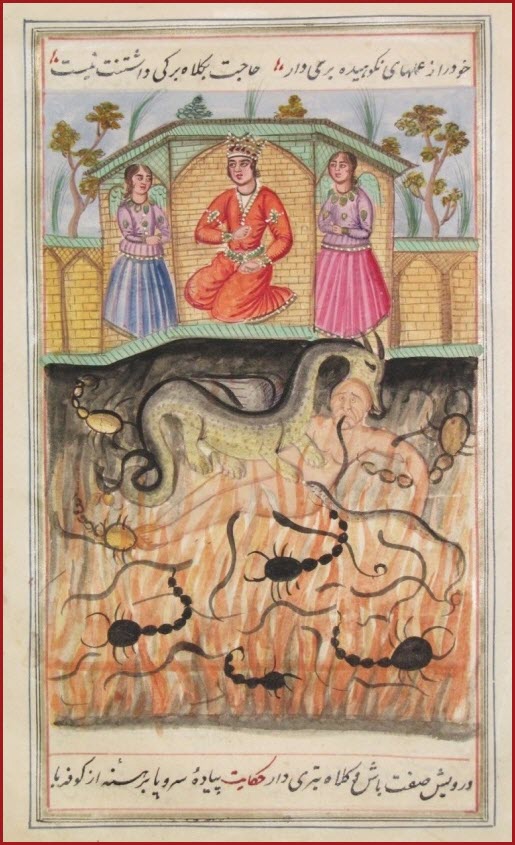 The Sheridan Library possesses a copy of The Gulistan of Sa’di that was estimated to be printed in Iran during the 18th century to 19th century. This manuscript was written on paper rather than parchment, and the paper is believed to be made of plant fiber pulp.  “There is less of an historical record of Islamic bindings than Western European bindings,” says Jennifer Jarvis, Paper Conservator from the Department of Conservation and Preservation, “and therefore the exact age of this manuscript is not known.”

In order to more accurately date the manuscript and develop conservation and preservation directions, Jennifer Jarvis worked with the Materials Characterization class taught by Professor Patty McGuiggan from the Department of Materials Science and Engineering in order to determine the composition of the gold colored pigment.

Using a tiny pigment fragment from the border, undergraduate engineering students Walter Duan, Polly Ma, and Yunchan Chen used a series of characterization techniques including optical microscopy, Raman Spectroscopy, X-ray diffraction, Scanning electron microscopy with elemental analysis and AFM, the students identified that the gold pigment is made of a Cu-Zn alloy (brass).   By atomic composition, copper constitutes 85% of the alloy and zinc 15%. Similar compositions are often used in jewelry making, and the metallic, shiny color of this alloy makes it a good imitation for gold.  The measurements also showed that the alloy was first made into powder and dispersed in a solvent before it was applied to the paper.

One thought on “Materials Science in Paper Conservation, History, and Literature: The Gulistan of Sa’di”