The Days That Never Were

Two hundred sixty one years ago today, nothing happened. The newspapers would have been blank. No sun shone and no cloud stirred. No wars were fought and no treaties signed. No one awoke and no one slept. No one was born and no one died. Had Twitter existed, not a single tweet would have been sent. 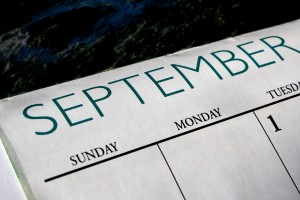 How in the world is this possible? Because September 6th did not exist! (Well, at least in Great Britain and her colonies, it didn’t.) As reported in the London General Advertiser in 1752, “This Day, agreeable to an Act of Parliament passed in the 24th Year of his present Majesty’s Reign, the Gregorian Style takes Place in all his Majesty’s Dominions in Europe, Asia, Africa, and America; and we hope the following Account of it will be agreeable to our Readers. […] This Day, had not this Act passed, would have been the 3d of September, but is now reckoned the 14th, 11 nominal Days being omitted.” 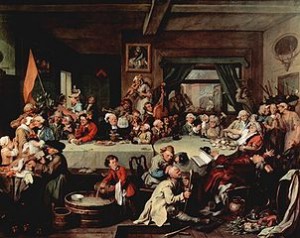 The move to the Gregorian calendar was necessary, according to many arguments, because most of Europe had long ago moved to this calendar, opening the door to potential error and problems in business interactions between Britain and these countries. Moreover, Britain’s clinging to the Julian calendar was seen as a prime example of provincialism and isolation in 18th-century British politics. However, the transition from the Julian to the Gregorian calendar did not go without notice amongst the British subjects. Although widespread riots 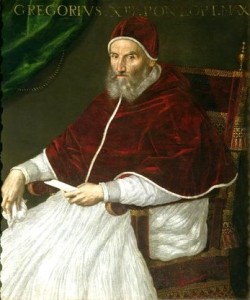 with mobs chanting “Give us back our eleven days!” may be apocryphal, based largely on Hogarth’s depiction of a banner proclaiming this in his An Election Entertainment, nonetheless, many British felt uncomfortable about this change, due to such concerns as payments of rent, Church holy days (especially Christmas), celebrations of birthdays and anniversaries, and so on.

The change and its accompanying evaporation of eleven days had an echoing effect on popular culture. Works as diverse and varied as Doctor Who and the fiction of Thomas Pynchon (specifically, Mason & Dixon) have used the event as a plot device in one way or another. While you may be thinking that this is a quaint episode in our history, don’t think it can’t happen again. Some of our own may just be planning such a change in the future!