Stranded on a Desert Island 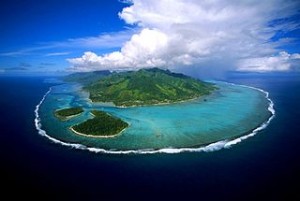 Missing the beach already? Here’s a quick cure: imagine you can never, ever get off it. If you need help envisioning this grim scenario, the library can help! Given the rarity of people actually being stranded on desert islands, JHU has a surprisingly large and varied collection of books on just that subject.

Agatha Christie set a terrific murder mystery on an island cut off from the mainland by inclement weather in And Then There Were None, and for fans of science fiction there is H.G. Wells’ deeply unsettling The Island of Doctor Moreau, where it takes some time before our shipwrecked narrator comes to understand that the old scientist he found already living on the island has populated it with his own grotesque creations. That very frightening book inspired Adolfo Bioy Casares in writing The Invention of Morel, an excellent short novel about a man stranded on an island filled with phantoms. It is so good that Jorge Luis Borges wrote in the preface, “To classify it [the novel] as perfect is neither an imprecision nor a hyperbole.” After Sawyer was seen idly reading it on ABC’s LOST, some viewers hypothesized that it contained some clue about the mystery of the island. Sadly, it was another red herring.

Though technically set on a boat, there is also Stanley Crawford’s strange and clever novel Log of the S.S. Mrs. Unguentine, where a jungle begins growing on a long-lost barge piloted by a pretty dysfunctional married couple. And if you prefer watching things on your T.V., there are film versions of many of the aforementioned titles plus Gilligan’s Island, The Blue Lagoon, Cast Away, and Survivor.

The scope and range of titles in this unpleasant subject area starts to become eerie. Why do we so love the thought of people being stranded on desert islands that we have been writing about it for thousands of years? What more can we possibly learn from this trope?

In her essay collection The White Album (which happens to include an essay titled “In the Islands,” about feeling emotionally marooned in Hawaii), Joan Didion famously wrote that “we tell ourselves stories in order to live.” Perhaps she should be taken literally. Science journalist Annalee Newitz wrote in her 2013 book Scatter, Adapt, and Remember that human beings have a good likelihood of surviving a major cataclysm thanks to three distinctive qualities: 1) we live everywhere, 2) we eat most things, and 3) we tell our stories to one another and can accumulate knowledge on how to survive dangerous experiences we haven’t actually had. The book concerns itself mostly with climate change and natural disasters throughout human history but the conclusion can be stretched to include, I think, the possibility that listening to stories about trials and disasters can help you to survive them yourself. Considered this way, checking out a few of these titles now might give you certain advantages over all the unprepared travelers on your next overseas flight…

One thought on “Stranded on a Desert Island”