Where did Saint Valentine’s Day come from anyway? 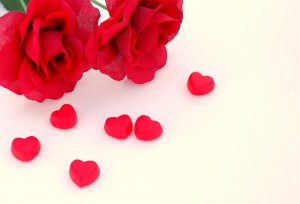 Like many people, I wore my red and hearts last week to celebrate Saint Valentine’s Day. But this year I wondered, where did this holiday come from? And, why February 14th?

As most people do these days, I started my search with Google. It came back with two hits that I found most interesting. One was a Wikipedia article and the other was a link to history.com. Both articles brought up some interesting points, but since free websites like those are not always reliable, I decided to investigate further.

My next step was to explore the scholarly resources available from the library. I searched Catalyst – a tool that combines the library’s online catalog with a quick article search – to see what came up. And then I searched in the “encyclopedias” section of JHSearch, which is the complete listing of subscription databases available to the Hopkins community. Of course one of my challenges was how the name was indexed in the various databases. Was it “St. Valentine” or “Saint Valentine” or just “Valentine”? For my searches I started with Valentine generally and got more specific as needed.

I discovered a number of cool things. According to legend, St. Valentine’s Day has its roots in a story about a priest named Valentine who defied Emperior Claudius II and married people illegally. Secondly, there are apparently associations between St. Valentine’s Day and a Roman holiday called Lupercalia and birds’ mating season. And oddly enough, there were apparently multiple St Valentines.

So, how many St. Valentines actually existed? The Wikipedia article and an article in the U.S. Catholic, a popular magazine, mentioned three. But in more scholarly sources like Encyclopedia Britannica, The New Catholic Encyclopedia, and Early English Books Online (EEBO), I found references to only two. The one in EEBO was neat because it is written in early modern English, a form of the language that is quite a bit different from English of today. Of course, I was inclined to believe the subscription sources – but I was still not convinced. So I went, forgive the expression, “old school” and got a few printed books off the shelves. In A Biographical Dictionary of the Saints, there are actually thirty-four entries for Valentine but only two have a feast day of February fourteenth. And in The Book of Saints, there are twelve entries for Valentine but again only two have feast days on the fourteenth. A third book I found was Saints and Their Attributes. In this book, it explains that St Valentine is the patron saint of “beekeepers, engaged couples, travelers, and young people” (page 100). So the result is that there are two St. Valentines whose feast day is February fourteenth.

Next, I looked into the Roman holiday of Lupercalia. I found an article in the Encyclopedia of Religion, which took me on an interesting tangent involving Faunus (or Pan) and the legend of Romulus and Remus. I was able to find articles online for these topics as well in Encyclopedia Mythica and Funk & Wagnalls New World Encyclopedia. There is also a book on Remus in the library collection and a book titled Festivals and Ceremonies of the Roman Republic. I learned a lot.

In my searching, two other results were interesting. One is that Chaucer is the reason we 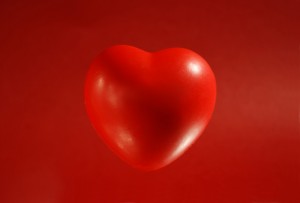 associate romance with St Valentine’s Day. The other is the Valentine’s Day Massacre that occurred in Chicago in 1929, which put a real damper on the romantic history of Feb 14th.

So now we know that Valentine’s Day is actually a holiday that has been around for centuries, a day of romance and affection that has its roots in both history and legend.