Murder in the Archives

Hey all you fictioneers: I’m waiting with bated breath to read a book with the above title. Please, can someone write it?

Of course, an archive is in many ways the ideal setting for a murder mystery: in popular imagination it is a dark room full of dusty boxes and neglected papers, the perfect place to bury the back-story of motive and opportunity. The archive is where recoverable traces of past events are stored, which is basically the premise of tv shows like Cold Case—you know, “because the evidence never dies.” While real-life archives might be a bit disappointing for detective story enthusiasts (they tend to be climate-controlled spaces with sophisticated inventory systems), they still allow for plenty of intersections between the everyday and the fantastic. Two recent news stories illustrate this point. 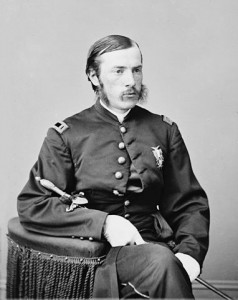 When President Lincoln was shot in the head by John Wilkes Booth at Ford’s Theatre in Washington, D.C. on April 15, 1865, Dr. Charles Leale—a young Civil War vet and surgeon—was the first doctor on the scene. Remarkably, Leale’s eyewitness report about that night has recently been discovered in the National Archives by a researcher with the Papers of Abraham Lincoln project. Determined to find every document written by or to Lincoln, the project team had assigned the archivist Helena Iles Papaioannou to comb through the surgeon general’s mail from 1865—and there it was, under “L” for Leale. (Not a logical place to file a medical report, as Papaioannou explains, which is why it had been overlooked for 147 years.) Leale’s first-person account of what he saw and did, and why he was at Ford’s Theatre that night in the first place, is a goldmine for historians—and storytellers.

Similarly rich material prompted Paul French to write the true-crime drama Midnight in Peking, published earlier this year. French became absorbed by the murder of a young British woman in Beijing in 1937 when his visits to British and Chinese archives revealed that the case had been extensively documented and perhaps even solved, but then buried by the social and political upheavals of the Second Sino-Japanese War.

Maybe you’ll find the inspiration for a “murder in the archives” story in our very own archives, or elsewhere in special collections. Something about Hopkins’ own history, perhaps? Or an intrigue prompted by a mysterious photograph? The manuscript collections are closed until August 13 while we move to the BLC, but when we re-open… detectives welcome.

2 thoughts on “Murder in the Archives”