April is on the way!

APRIL is the cruellest month, breeding 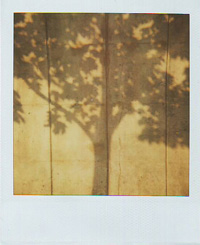 Poor, dour Thomas Stearns Eliot. He was living in London (always damp) when he finished “The Waste-Land” in 1921, working in a bank by day and coming home to write by the greasy coal fire at night. His wife Vivien, suffering from neuralgia, had gotten hooked on sleeping draughts. In April of that year, he wrote to a friend of her “nervous exhaustion” and his “anxious moments.” Tom himself complained frequently of headaches.

April extends the hope of warmth and color, but Eliot observes that its advance is painful: it provokes the heart as surely as the rain churns up the soil. Even city-bound folks can feel the season’s tremor. The change is disconcerting but still we yearn for spring, often many months in advance of its arrival.

As spring finally envelops the Homewood campus, MSEL also blossoms in celebration of National Poetry Month. Read about our plans, and enjoy more April-themed poems after the break.

For Alice Moore Dunbar-Nelson, April is the month of promise. It is also a woman she meets in the muddy lane, who has fingers like daffodils. But like Eliot, Dunbar-Nelson makes sure we also feel the friction of transition. For her, the raw shift is both natural and political; she does not forget that “Wars are made in April.”

April is National Poetry Month. Is it because, like the agitation of the season, poetry serves both as stimulant and salve? In its honor—in honor of spring, poetry and the throb of revived feeling—the MSEL and blog will be offering poems from the archives, information about poetry resources and special events throughout the month. Check in often for announcements.

Both “The Waste Land” and “April is on the way!” can be read at the Columbia Granger’s World of Poetry, an online resource that includes works, biographies, criticism and audio clips.

Its nature is to look
both absolute and mortal
as if a boy had passed through
or the imprint of his foot
had been preserved
unchanged
under the ash of Herculaneum.
–Carl Rakosi, “Poetry”