Reflections on the HUT 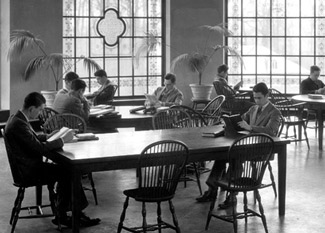 Thursday, May 15, 2008 was an historic day as the HUT closed for the next two academic years. The Library staff has known from word of mouth how popular the HUT was and how fond of it students were (some of them even preferring it to the “mother ship” of MSEL!), but I thought I’d provide some hard evidence of that fondness with these numbers. Did you know that the HUT monitors routinely counted patrons and reshelving of materials at various times of day? From our patron counts of 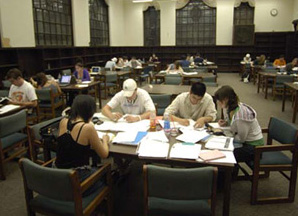 2003-04 to 2007-08, 145,521 patrons used the HUT. For that same period of time, 11,110 magazines were reshelved. If you find yourself missing the copies of People or Rolling Stone that you used to read at the HUT, don’t despair! We’re moving the popular magazine collection down to the south end of A-Level along with some comfortable seating.

Have a special memory of the HUT? Feel free to share it as a comment. And, for those who like to burn the midnight oil, MSEL will be open 24/7 (following the academic calendar) starting in Fall 2008.  Check out more historic pictures of the HUT and Gilman Hall here.

One thought on “Reflections on the HUT”