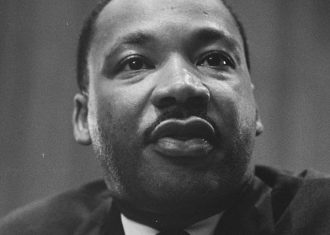 Today, we commemorate the 50th anniversary of Dr. Martin Luther King, Jr.’s death: his assassination by James Earl Ray in Memphis, Tennessee, where King was preparing to march on behalf of sanitation workers on strike. In marking this tragic anniversary, we also celebrate the U.S. Civil Rights Movement King did so much to advance. Indeed, […]