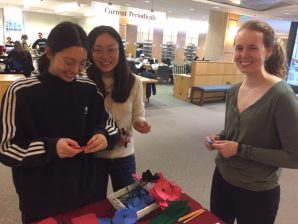 Sunday was Veterans Day, which is observed on November 11 because it was on November 11, 1918, at 11 am, that the World War I armistice between Germany and the Allied nations came into effect.  (The peace treaties that officially resolved the conflict were not signed until 1919, including, most famously, the Treaty of Versailles.) […]