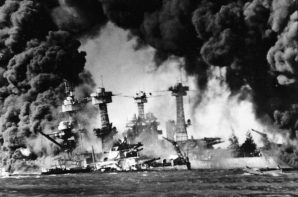 December 7th, 2017 marks the 76th anniversary of the attack on Pearl Harbor. (See the 75th commemoration here.). Pearl Harbor is a U.S. naval base situated on the island of Oahu, Hawaii. On December 7th, 1941, at approximately 7:55 a.m., the United States was launched into World War 2 (WW2) when aircraft from the Imperial […]