Thanksgiving was made an official holiday by decree of Abraham Lincoln in 1863. While there don’t seem to be as many melodies composed for the holiday as there are for Christmas or New Year’s Eve, quite a few historic songs have made their way into the Lester Levy Collection and Library of Congress. 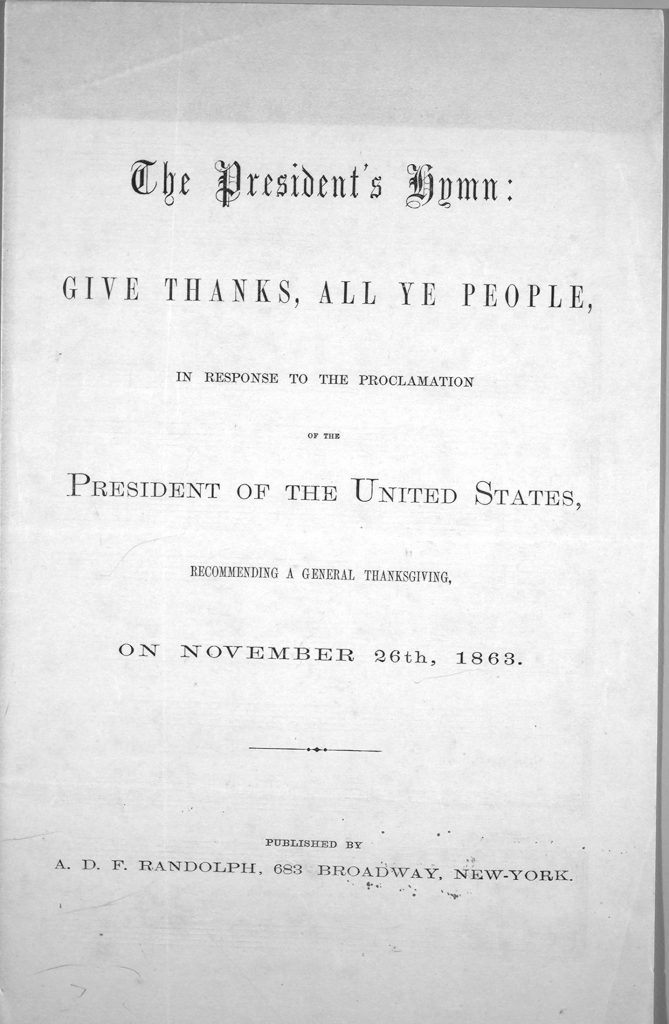 The President’s Hymn (Give Thanks, all ye People) was published in New York following Lincoln’s proclamation in 1863. The song has a very simply melody and piano part, making it highly accessible. It also has 7 verses interspersed with a chorus—the first verse ends recognizing the ongoing war: “Let the East and the West, North and South roll along; Sea, mountain and prairie, One thanksgiving Song.”

The Vacant Chair was published in 1861—the first year of the Civil War—in Chicago, Milwaukee, Cleveland, and Boston. A bittersweet take on the holiday, the song is subtitled “We shall meet, but we shall miss him.” The narrator of the song laments the loss of their family member Willie, who “strove to bear our banner thro’ the thickest of the fight. 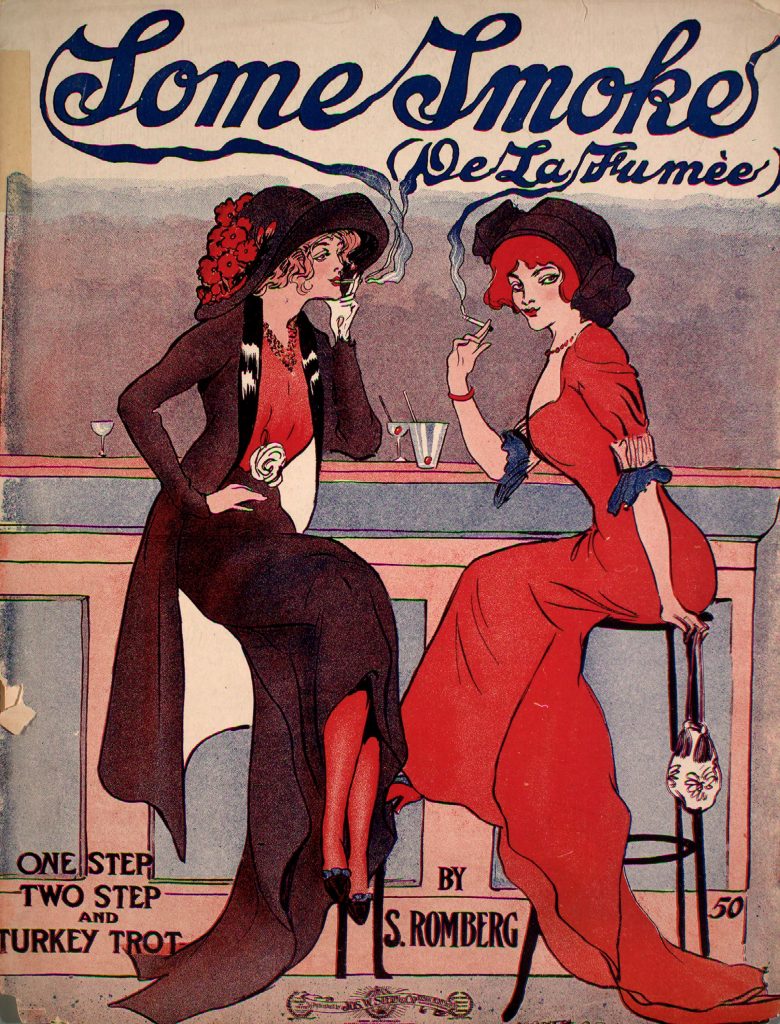 While not directly related to Thanksgiving, the 1910’s saw an explosion of people dancing the Turkey Trot. Resembling the flapping arms of a turkey, the dance was popularized in vaudeville and musical theater—however, it received backlash from the Vatican in 1914 for featuring too much body contact between dancers. It was also denounced by Irene and Vernon Castle, a famous dancing duo, as being ‘ugly, ungraceful, and out of fashion,’ leading to its falling out of style.

Wishing you a Happy Thanksgiving from the Sheridan Libraries!